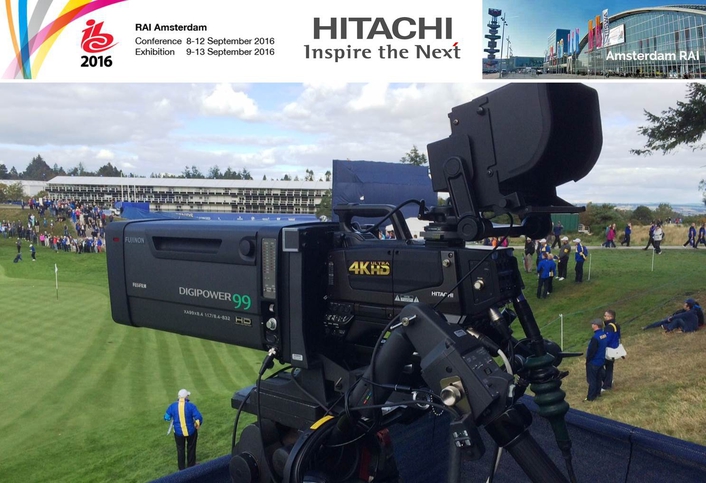 At IBC2016, (Stand12.F38) Hitachi Kokusai Electric will showcase their UHD 4K and HDTV broadcast cameras with the addition of advanced High Dynamic Range (HDR) capabilities. Hitachi will exhibit HDR capabilities across a range of UHD and HD cameras, demonstrating an ability to integrate the technology in a range of different broadcast camera systems.

Hitachi will showcase a number of HDR-upgraded cameras, such as the Hitachi Z-Series, SK-Series and DK-Series ranges. In particular, HDR has been added to Hitachi’s flagship SK-UHD4000 UHD studio/field camera. This fully featured 4K capable camera offers the best of all worlds – as well as advanced 4K HDR operation, it has an industry standard B4 2/3-inch bayonet mount and 2/3-inch sensors, meaning operators can still use their existing HDTV lenses.

The new HDR capable broadcast cameras will be showcased working alongside Hitachi’s revolutionary OB-BOX and Mobile Transmission Vehicle. It will demonstrate how Hitachi can capture images in the highest resolution and then communicate these pictures back to base quickly and easily. A strong theme running through Hitachi IBC exhibit is its ability to create the highest quality broadcast pictures in the most economical and cost-effective ways.

"High Dynamic Range capability is a key feature on our UHD and HDTV broadcast cameras since it provides the increased contrast, richer colour and dynamic lighting of the video it captures,” says Cemal Yilmaz, General Manager of Hitachi Kokusai Turkey. “We have worked hard on our implementation of HDR in our cameras; as a result users will be able to produce significantly superior HDR imagery without having to upgrade their existing infrastructure or transmission systems.“