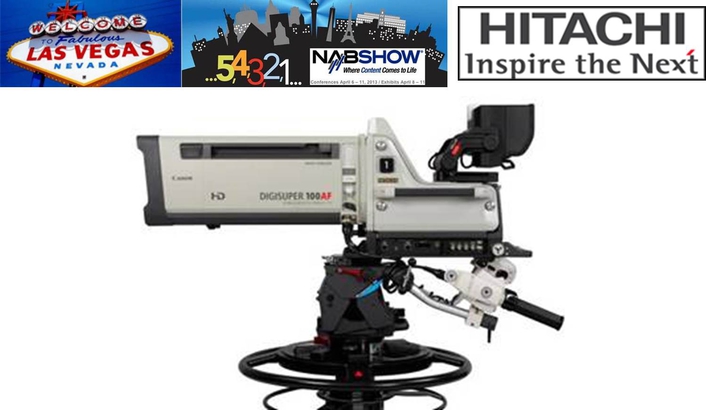 The new SK-HD2200 is complemented by the portable, hand-held version model SK-HD1200. Outstanding images are acquired by three (R,G,B) 2.3 million pixel UAIT (Ultra-Advanced) 1080-line progressive-scan CCDs. Hitachi’s implementation of the most advanced digital processing technology available assure low-noise, high dynamic range pictures. The HD signal generated by the new sensors, processed by 38-bit Hitachi DSP’s, transported via our digital fiber optic system and output as SMPTE-424M SDI are 3Gbps throughout. The utmost attention to picture fidelity has been painstakingly implemented in this new camera series assuring the best return-on-investment qualities of any HDTV production camera system on the market.

Slow Motion and 3Gbps Offerings
Introduced to the American market at NAB 2012, Hitachi’s SK-HD1500 slow motion camera provides shooters looking to up the ante with their field production packages an exciting alternative. The SK-HD1500 captures video at 1X, 2.5X and 3X the speed of standard frame rate cameras therefore any camera position or vantage point in an OB venue can capture slow motion and normal video. It offers three 2.3Mpixel 2/3-inch progressively scanned IT-CCDs, and has state-of-the-art, digital-to-analog 16-bit RGB converters, capable of 6Gbps transmission over SMPTE standard optical fiber. The SK-HD1500 is designed to be compatible with most slo-motion servers capable of 3X SMPTE292M 1.5Gbit/second HD-SKI links. It can record at speeds of 150 and 180 frames-per-second, with HD/SD video at 1080i, 720p and 480i all at 59.94 or 50Hz field rate. Its sensitivity is F9 at 2000 lux with a signal-to-noise ratio of -58dB. And, it has 1100 TVL of standard resolution. The control panels, viewfinders, studio build-up kits and accessories all can be employed from existing Hitachi SK-1000 series cameras.

Besides transparent signal transmission and camera power via SMPTE-311M hybrid optical fiber cable, this dockable 2-piece camera system is flexible in its configuration and control. The Hitachi CU-1200 camera control unit (CCU) can be addressed and controlled via the TCP/IP camera control network, and an optical routing system can connect multiple camera heads to any number of CCUs.

Hitachi will also show HDTV Point-of-View box cameras that are well suited for a variety of HD production and outdoor remote observation applications.  This series includes the DK-H100 and the DK-Z50 1080/60i multi-standard HDTV cameras.

The DK-H100 and DK-Z50 will be shown in conjunction with the Eagle PT-E350 pan-tilt head, which supports pan/tilt/zoom of cameras up to 50 pounds.  The PT-E350 has a pan range of 355 degrees and tilt range of 180 degrees, memorizes up to 64 preset combinations of position and lens settings, and can be remote controlled.  Designed for outdoor use in inclement weather, the Eagle PTE-350 satisfies a wide range of HDTV applications, including remote traffic monitoring, remote newsgathering for broadcast television, HD production, and entertainment venues.