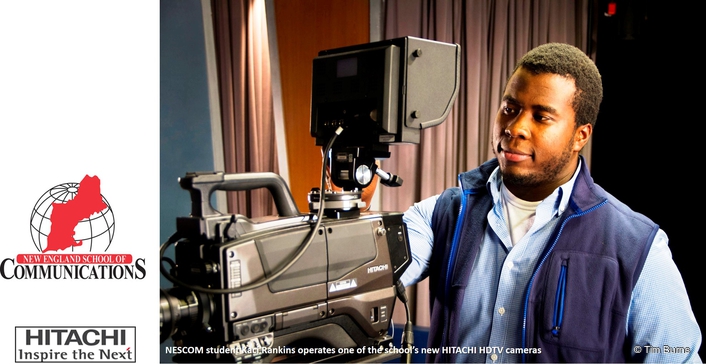 The New England School of Communications at Husson University (NESCom) has a goal of providing its students with second-to-none facilities, equipment and instruction that deliver a superior learning experience. Furthering its video technology in support of that mission, NESCom has added three Z-HD6000 HDTV cameras from Hitachi Kokusai Electric America Ltd. (Hitachi Kokusai) to the school’s existing complement of Z-HD5000 cameras for studio and field production.

The new Z-HD6000 cameras are used in NESCom’s television studio to produce live newscasts in conjunction with the university’s journalism department, as well as public affairs shows, sports roundup programs and more. Meanwhile, six Z-HD5000 cameras are deployed with the school’s 32-foot remote production facility, NESCom Mobile Productions HD. The Z-HD5000s are equipped with a mix of studio and field production accessories and support equipment, enabling them to be set up for handheld, jib, dolly or fixed-position operation depending on the particular venue or event being covered.

When selecting equipment for the studio and mobile truck, the cost-effectiveness of the HITACHI cameras initially attracted NESCom’s attention, but it was their quality and capabilities that ultimately drove the school’s decisions. “In today’s economy and the ever-changing broadcast television landscape, price is always a major consideration, which first led us to look at HITACHI cameras,” Verrill recounted. “When we evaluated them, though, we discovered how much more they offered. We chose the cameras not just because of their affordability, but also their great quality and feature richness.” 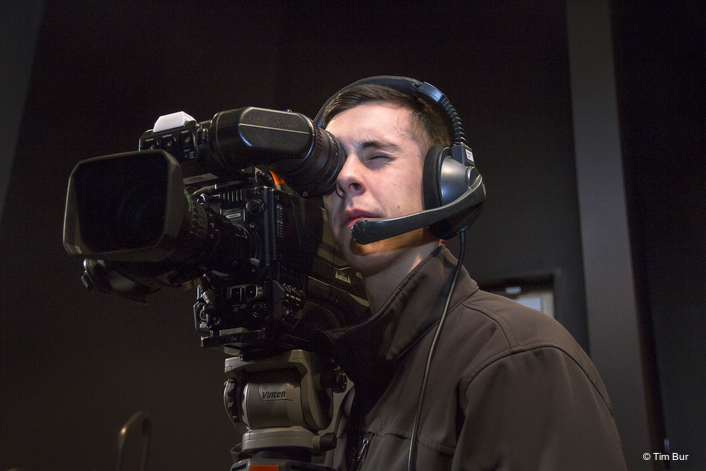 Beyond their operational and budgetary advantages, the Z-HD5000s and Z-HD6000s also proved to be a perfect fit for NESCom’s educational goals. “First and foremost, students get hands-on experience with equipment they’ll use in the professional world, and that knowledge will help them achieve career success after graduation,” Verrill explained.

Verrill lauded the educational value of the Z-HD5000 and Z-HD6000’s rich controls, while praising the cameras’ fast learning curve. “The depth of the menu operations and the extensive painting settings of the cameras have enormous educational benefit, enabling students to get comfortable with the sophisticated controls they will encounter professionally,” he continued. “However, ease of use is every bit as important. While the senior students will delve deeply into the cameras’ advanced menu options, we can pre-set parameters to get our lower and mid-level students operating the cameras quickly.”

The cameras’ durability similarly earned Verrill’s respect. “With the mobile productions, the Z-HD5000s are exposed to a wide range of harsh environments, and they continue to run flawlessly,” he said. “From over 100 degree temperatures broadcasting baseball, to cold, rainy football shoots and extreme humidity changes covering indoor swimming in the winter, the cameras just keep working, day in and day out.” 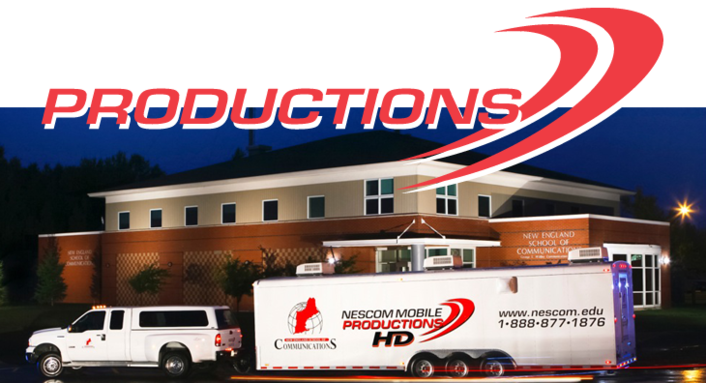 About Husson University
For more than 100 years, Husson University has prepared future leaders to handle the challenges of tomorrow through innovative undergraduate and graduate degrees. With a commitment to delivering affordable classroom, online and experiential learning opportunities, Husson University has come to represent superior value in higher education. Our Bangor campus and off-campus satellite education centers in Southern Maine, Wells, and Northern Maine provide advanced knowledge in business; health and education; pharmacy studies; science and humanities; as well as communication. In addition, Husson University has a robust adult learning program.