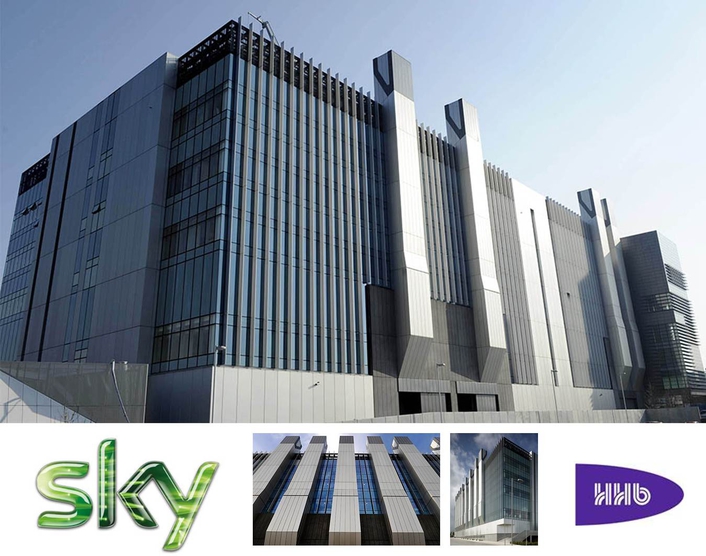 In addition to staging critical listening evaluations and ultimately supplying no less than 370 Genelec monitors, HHB has also brought its expertise in broadcast audio production to bear on the production chain, working alongside the Sky Engineering Team and Systems Integrators to help supply the ‘audio glue’ necessary to ensure efficient workflow throughout the facility.

Consistent with BSkyB’s commitment to HD and 3D pictures coupled with surround sound and stereo compatible audio, the sound control rooms are equipped with 5.1 Dynaudio loudspeaker systems and include digital audio processing tools from Cedar, Dolby, Soundfield and TC Electronic.

HHB has supplied BSkyB with audio equipment throughout the broadcaster’s 20-year history.

“Martin O'Donnell and the team at HHB have over the years provided a service second to none,” comments BSkyB’s Senior Manager of Audio Vaughan Rogers. “But HHB is far more than just a supplier – after sales service and support are equally important to us. If we have any problems, HHB has an expert who will have the answer to most of them.”

Speaking on behalf of HHB, Director of Sales Martin O’Donnell says, “Sky Studios is one of the most advanced TV production facilities in the world, and it’s also one of the most sustainable, with energy conservation at the heart of its design. We’re delighted to have played a role in such an ambitious and rewarding project.”

Sky Studios incorporates eight studios along with post-production and transmission facilities for Sky’s broadcast and sports news departments. Natural ventilation of the studios combines with innovative natural resource capture on site to create the most sustainable broadcast centre anywhere in the world.

HHB Communications Limited
Founded in 1976 and located in London, HHB Communications is a global leader in the supply of professional audio technology. Serving in the broadcast, recording and media production sectors, HHB’s unique expertise is also recognised by major manufacturers and innovators, many of which have appointed the company as exclusive distributors of their products. The specialist division, Scrub, serves the needs of the television and film post production industry from premises in the heart of London’s Soho.