Almost 50 per cent of the equipment installed by TSL at IMG Studios was newly purchased, which includes Avid S5 Fusion consoles in three 5.1 surround sound post production suites, in addition to five Genelec 1238CFM speakers and a 7271A subwoofer per room, all supplied by HHB. The S5 Fusion offers a powerful, dedicated Digital Signal Processing engine and EUCON Hybrid control to record and mix EUCON-enabled Pro Tools projects. Over 70 per cent of the monitors at IMG Studios are new Genelecs provided by HHB, with all editing suites containing either new or previously purchased models.

IMG Production is a division of IMG Worldwide, the global sports, fashion and media company. IMG Studios will be used for sports broadcast production services including the Barclays Premier League, the Football League and UEFA Champions League, in addition to work for the fashion and media industries. 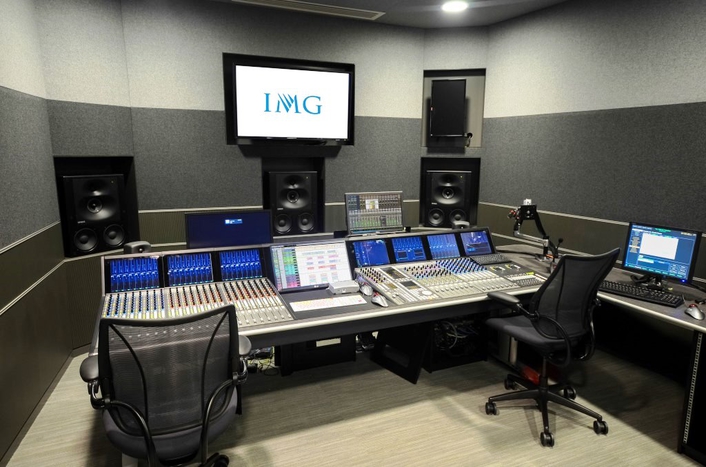 IMG’s SVP Global Director of Engineering and Technology David Shield comments: “Our audio editing suites all run on Pro Tools, so the inclusion of the S5 Fusion consoles in our 5.1 mixing suites bolsters the fact that these are truly world-class facilities with the best equipment available. The S5 consoles give our operators unprecedented control and flexibility over the audio mixed in these rooms and helps us to continue delivering the exceptional work that our clients have come to expect.”

TSL Project Manager Keith Warrender comments: “The choice of equipment was a collaborative effort between TSL and IMG. TSL often quote Genelec loudspeakers for the TV control rooms because they are the industry standard for broadcast audio. HHB has proven once again that they have the knowledge and experience to provide us with large amounts of equipment required for this job without interruption and we are very happy with their service.”

Founded in 1976 and located in London, HHB Communications is a global leader in the supply of professional audio technology. Serving in the broadcast, recording and media production sectors, HHB’s unique expertise is also recognised by major manufacturers and innovators, many of which have appointed the company as exclusive distributors of their products. The specialist division, Scrub, serves the needs of the television and film post production industry from premises in the heart of London’s Soho.