Helimedia first began using Ki Pro in 2010, as it became the first company to provide aerial filming services for the Football World Cup in South Africa. Deploying two Ki Pros, Margetts and his crew recorded warm-up footage in Apple ProRes 422 from World Cup soccer matches across Southern Africa. “From the moment we bought the Ki Pros, I was in love with them. They allowed us to turn around footage for editing and worldwide distribution almost instantly – something we’d never been able to do before. They’re phenomenal and have revolutionized our approach to filming,” expressed Margetts. 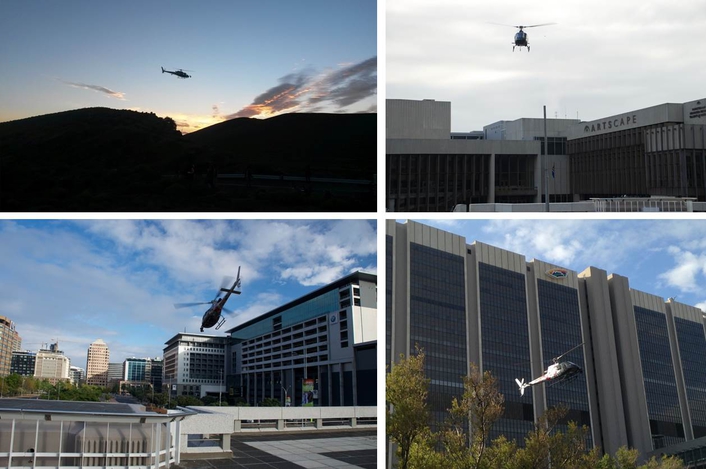 Over the next few years, as camera technology evolved, Margetts saw the integration of ProRes 444 recording into Helimedia’s workflow as a natural progression and began the search for a capable and compatible recorder. After seeing AJA’s Ki Pro Quad at the National Association of Broadcasters Convention (NAB) 2012, Margetts was confident he’d found the solution he was looking for. “When I saw a mockup of Ki Pro Quad, I wanted one – even though it wasn’t available yet and there were already other 4:4:4 recorders on the market. I knew it would be worth the wait, and I was right,” he said.

Since integrating Ki Pro Quad into its workflow this year, Helimedia has used the recorder to produce aerial footage in ProRes 444 for live events across the country – from road races to rugby matches, soccer games and more – as well as for forthcoming films like Neill Blomkamp’s CHAPPIE. “The Ki Pro Quad is like my Amex; I don’t go anywhere without it. Even if we’re shooting 422 on our Ki Pros, I’ll have a Ki Pro Quad as backup for double redundancy,” Margetts shared. “It’s a flexible device and the quality of the footage is always great. With the rollover it gives us, the sky is the limit, so there’s never a concern about running out of drive space.”

Helimedia’s unique workflow boasts a Cineflex gyro-stabilized cinematography system that is used to capture footage for all projects. Located in the ball on the front of the helicopter are a lens, gimbal and CCD block, and inside the aircraft next to the operator is an Aux Box, which houses a Sony HDC 1500 camera. For live projects, Helimedia uses a single link HD-SDI cable straight from the Aux Box into the Ki Pro Quad. The camera outputs a single-link HD-SDI signal into the Ki Pro Quad, which is recorded in ProRes 422 and sent to an HD monitor. To play back recorded footage to the OB truck, the team will come out of the monitor HD-SDI into an HD microwave link. 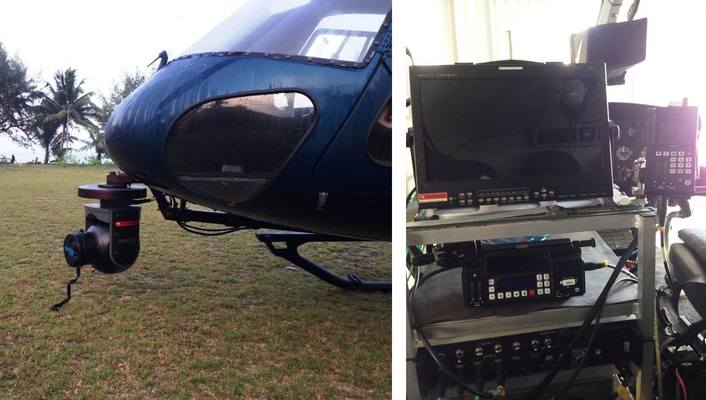 Helimedia applies a similar workflow to film and commercial projects – except that it leverages a dual-link HD-SDI signal into the Ki Pro Quad to record footage in ProRes 444. Once the helicopter has landed, the team removes the AJA Pak drives from the Ki Pro Quad and hands them to the DIT with an AJA Pak Dock, who transfers the footage across Thunderbolt(TM), makes the required copies and sends them off to editorial.

The built-in LCD screen on the Ki Pro Quad has enabled Margetts to better view, rewind and fast forward footage in flight. “It’s fantastic and very useful to be able to see the picture on the Quad,” he said. “Without danger of destroying our master, we can look back to make sure everything is there, so when we land, I know our footage is safe on the Pak drives. They’re so good that you never have to worry about them crashing.”

In a field where second chances for capturing action are rare, Helimedia has found that added security a huge relief. Margetts added, “There are no ‘take two’s’ with what we do, and with AJA, the technology works when you need it to every time. If the Ki Pro Quad is recording, you know it’s recording and you won’t have a problem afterward. That’s invaluable. I can sleep safe at night because I never have to worry about awaking up to a call about some problem with the devices – they’re that solid.” 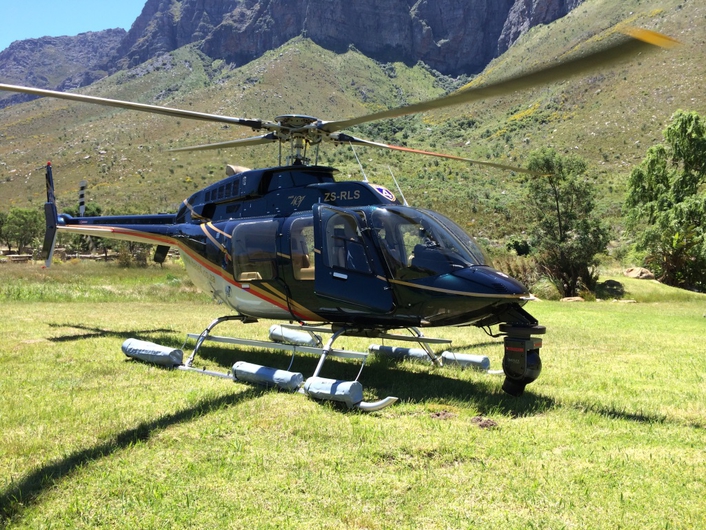 In the coming months, Helimedia plans to venture into 4K filming. As Margetts and his crew approach the transition, the Ki Pro Quad will continue to play an integral role in its productions. “AJA technology always seems to be light years ahead. Ki Pro Quad gives us so many options now (way more than we can implement with our existing pipeline), but also gives us the flexibility to work in 4K when we want to,” Margetts noted. ”It’s a true future-proof solution.”

“Without a shadow of a doubt, we’ve seen significant cost and time savings with our Ki Pro recorders, and I firmly believe in the Ki Pro Quad. It’s been a joy to work with, so much so, that I’ll be buying another one in the near future - I’m that impressed with it,” he concluded.

The John Lennon Education...ad in the U.S. and Europe
Short & Spikey Takes AJA ...ack on Tour with The Cure
Camp Digital Hits the Road with AJA Ki Pro