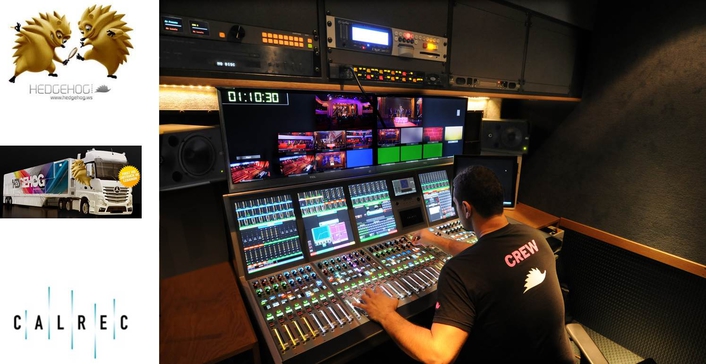 Haissam Atme, Hedgehog audio engineer works with the Calrec Artemis Light
Calrec Audio has sold its first console in Lebanon to Beirut-based production company Hedgehog for use in the country's first high-definition outside broadcast (OB) truck. An Artemis Light console was installed into Hedgehog's first OB truck to complement the HD video with high-quality audio for all its mobile TV production projects, including live television shows, sports, and entertainment events, many for broadcasting giant MBC.

"Not only do we have Lebanon's first HD OB truck, but it is also the first OB truck in Lebanon to have this degree of audio power. Calrec was an obvious choice because it has a long, successful history in OB trucks," said Hedgehog CEO and managing director George Moufarrej. "From front to back, cameras to servers, the truck is equipped with the most advanced gear, and the audio system is no different. Based on the latest trends in the business, we'll likely be working on live talent shows or pure singing competitions such as 'The Voice' and 'Arab Idol,' where the audio system is of utmost importance. That's why we turned to Calrec. Calrec gives us immense power and scalability with full redundancy on every critical component of the system." 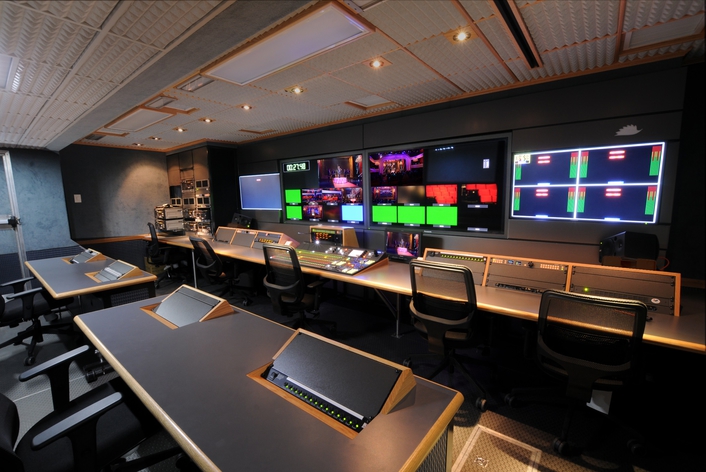 Hedgehog installed a 32-fader Calrec Artemis Light console in a 40-fader frame into its 14-meter expandable truck, which can handle up to 14 HD cameras and houses a full production setup to meet the demand for HD television production in Lebanon. The Artemis Light manages 240 fully featured DSP channels, and the unique surround spill controls make it easy to create 5.1 mixes. The console's configuration gives Hedgehog room to expand the number of faders by simply plugging in an additional panel. Likewise, Hedgehog can increase the number of inputs and outputs by plugging in new I/O boxes to the integral router using a fiber or copper connection.

The Artemis Light desk allows Hedgehog to link high-quality audio directly to the high-definition picture coming from the truck's other equipment, a capability that would have been impossible before. Instead, Hedgehog would have had to match HD video with lower-quality audio from the studio's less sophisticated audio system. Integrating the Calrec console into the new truck means Hedgehog can offer a full line of services with consistently high quality in both video and audio.

"When you talk Calrec, you can't just talk about a specific feature. The good thing about Calrec is that you are talking about a whole system that meets all of your production needs," Moufarrej said. "And unlike other systems, which require third-party equipment to work properly, Calrec consoles are built to support you on the ground and work alongside whatever equipment is in operation. Also, we purchased an extra Calrec Hydra2 analog I/O box, which connects to the studio by a fiber cable to make the application even more flexible and easier to handle." 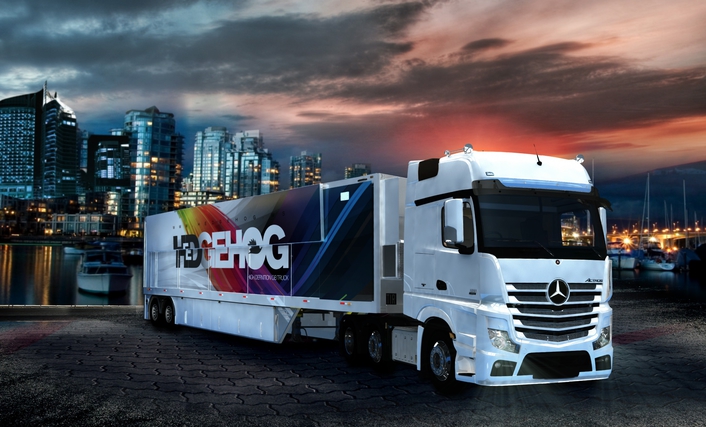