As part of the Cultural Center Circuit, multi-million selling singer-songwriter Heather Nova performed throughout Europe during the winter of 2013, embarking on a 50-day tour that stopped at 15 Dutch municipal theaters, 12 Belgian cultural centers, German symphony halls, an English church and Swiss clubs. The technical team selected a HARMAN’s Soundcraft Si Expression 1 digital console to power through these cultural venues, while maintaining a small footprint on the road.

While also in charge of his own live sound and production company called The Old Lion Touring Company Limited, Production/Tour Manager Tim Boardman handled all the audio equipment during the tour. Having worked with many Soundcraft consoles before including the Si Performer 3, he especially appreciated the amount of outboard gear the Si Expression console was able to eliminate. 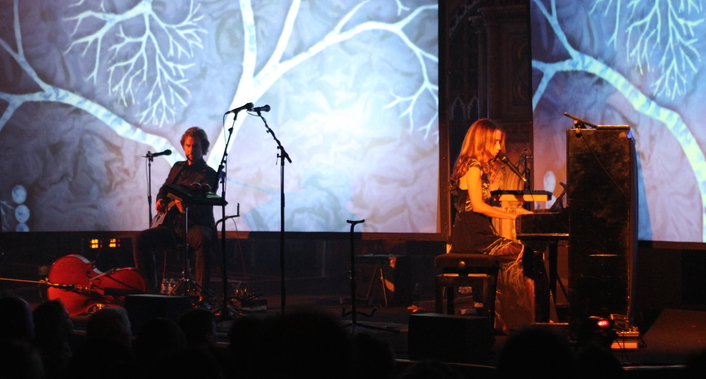 “I love the ability to run a whole tour on a powerful 19-inch rack-sized mixer,” said Boardman. “After putting up with the limitations of a Yamaha LS9, it is refreshing to have something that is so expandable and adaptable. By carrying a stage box and CAT5 looms, we can plug into local systems rather than move them to suit our specifications, allowing us to take the console to any venue without removing in-house gear.” 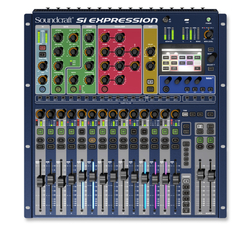 The Si Expression 1 features a massive mixing capacity of 66 inputs in a small form factor, enabling quick setup times from unloading to microphone check. With incredible expansion options through ViSi Connect™, the console takes unnecessary gear and hassles out of any tour. The unrivaled combination of size and power is a force to be reckoned with in the live sound segment of the pro audio industry.

“The small size compared to the huge processing power is why I go with Soundcraft each and every time,” said Boardman. “It allows me to carry consoles on smaller tours than we usually would, while still reaping all touring benefits from bringing our own consoles. There is a lot to be said about the smaller Si Series consoles, because not once did they crash during a year of live mixing service.”

The controls are mapped out just like analog consoles, where each key corresponds to a singular function without layering of controls. To expand on Soundcraft’s legacy of user-intuitive mixing consoles, Soundcraft FaderGlow™ was added to color-code multiple motorized fader groups with backlit LED lighting; it is a feature that FOH engineers swear by when focusing on stage cues during live events.

“The colored fader lights for each mix are a godsend when mixing monitors and FOH applications from one console. Gone are the days of accidentally sending click through the FOH,” said Boardman. “What I love the most is that it feels like a nice analog console: I can build, patch, change and save anything I need to and through the Soundcraft ViSi Remote App, I can even give power to the bands themselves, which deals with all the psychosomatic mix issues we are all used to!”