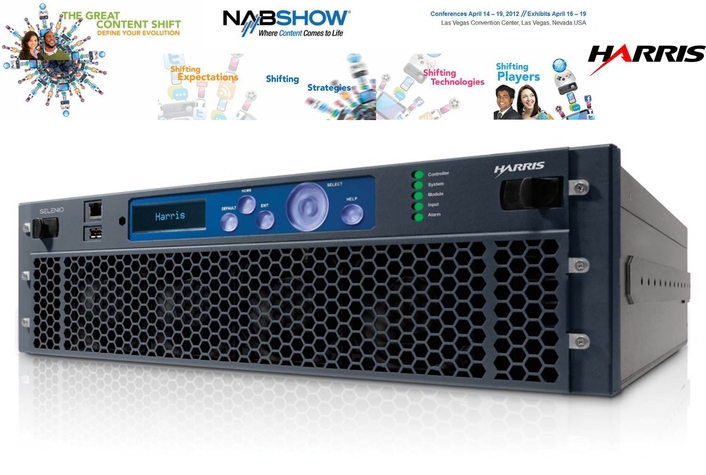 Customers worldwide benefit from its ease of use and high-density, integrated and flexible design — with the freedom to mix and match applications in a single platform.  Selenio is experiencing solid sales momentum one year after its debut.

Selenio, with its unique hybrid of digital baseband video processing, compression and IP capabilities, creates new possibilities for broadcasters, new media companies and others seeking to simplify and modernize their facility operations.  Its impact crosses the globe with customer installations in all regions, including Zeonbud in the Ukraine, Capitol Broadcasting’s WJZY-TV in the U.S., NDTV in India, Sky News Arabia in the Middle East, Qingdao TV in China, AsiaSat in Hong Kong, and both Anhanguera Educacional and RBS in Brazil.

“We use Selenio across six stations for over-the-air signal encoding, cross-conversion and to send video internally between locations,” said Brady Dreasler, director of television engineering, Quincy Broadcast, Print and Interactive.  “The encoding and decoding efficiencies, compact physical size, low power consumption, versatility and redundancy set it apart from other systems on the market.  It’s the Swiss army knife that really works.”

Dreasler will install Selenio across all 14 of his stations by year’s end, noting its power for sharing content between his stations.  “We develop a lot of content that applies to stations in nearby markets, which we share over Selenio,” he said.  “It’s like having another reporter.”

New features to be introduced at NAB include the Selenio MDX2 multiplexer module to reduce video headend infrastructure for digital TV (DTV) broadcasters.  An industry first, the MDX2 has a built-in DVB-T2 gateway that can combine up to eight physical layer pipes  within a single output stream — enabling delivery of multiple tiers of digital services.  The MDX2 also features a built-in single-network frequency adaptation for signal distribution across large over-the-air DTV networks — ideal for DVB-T/T2 and ISDB-Tb standards.