.
It’s enough to set any motorsports enthusiast’s pulse racing – the newly completed Circuit of the Americas (COTA) is the first purpose-built Grand Prix racetrack in the U.S. The complex hosted the 2012 Formula One United States Grand Prix, and upcoming races will include the MotoGP, FIA World Endurance Championship and American Le Mans Series.

The 300-acre Austin, Texas facility is built around a state-of-the-art 3.4-mile circuit track with a capacity for 120,000 fans. An integral part of COTA is its public address and Emergency Communication System (ECS), featuring HARMAN’s BSS Audio networked digital signal processors and Crown power amplifiers which also receive input from the venue’s Soundcraft mixing console to serve a variety of sound reinforcement needs throughout the venue.

“Although the audio system is used for announcements and music during races and other activities, a facility like Circuit of the Americas requires an emergency notification system that meets public safety requirements as mandated by the National Fire Protection Association,” explained Brian Elwell, senior consultant and vice president of design firm Acoustic Dimensions. “The system has to serve as both a PA and an Emergency Communication System.”

“For 51 weeks out of the year COTA is used for purposes other than auto racing, so the audio system also needs to be suitable for concerts, events and activities throughout the entire facility, both indoors and out”, emphasized Elwell. “The Soundweb London network is an integral part of making everything work, acting as a core system that runs all audio signals everywhere including emergency notification to the 20,000-seat amphitheater and 40,000 people in the Grand Plaza area. As an example, we can instantly switch from using the PA system as a music source for a selected area in the complex to taking a single emergency paging mic and feeding it everywhere in the facility in case of a facility-wide emergency. We also have redundant signal paths to all audio components in the system to make sure everything is online, all the time.” 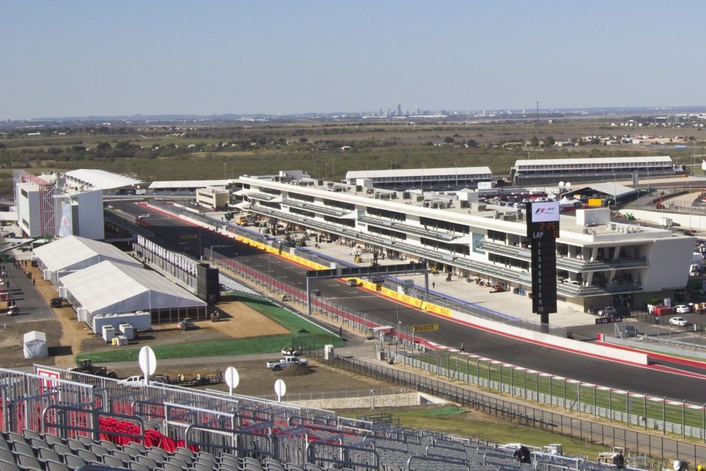 “We chose Crown power amps since their onboard DSP is extremely effective, and they work hand in hand with BSS components via HARMAN HiQnet™, noted David Battershell, project engineer for Ford Audio-Video Systems. “And in our experience the BSS Audio Soundweb London system enables designers and installers to provide an audio networking and processing solution for large-scale facilities at a price no other system can match. HARMAN’s HiQnet networking protocol links it all together and provides real-time monitoring status for all of the Soundweb London processing, Crown amplifiers and loudspeaker cable runs around the track. This ensures the system meets the emergency communication system standards as specified by the design team.”