The current AKG headquarters at Lemböckgasse 21-25, 1230 Vienna
Holding dear its mission to supply the world’s performers, engineers, producers and fans of music the most trusted and reliable sound, HARMAN’s AKG proudly celebrates its 65th company anniversary in June, 2012.  Founded in 1947 by two Viennese, physicist Dr. Rudolf Görike and engineer Ernst Pless, Akustische und Kino-Geräte Gesellschaft mbH, shortened to AKG in 1965, is among the world’s leading manufacturers of high-quality headphones, microphones and wireless systems for professional users.  Since 1993, AKG has been a part of HARMAN, distributing its premium products in more than 140 countries.

When founded, AKG’s core business was to equip cinemas with loudspeakers, film projectors and light meters. Görike build the loudspeakers and projectors with a team of five employees in a small rented basement.  Pless supplied the cinemas with the finished products in exchange, more often than not, for food or cigarettes, rather than currency.  In years following, the product range became more tailored to markets in high demand, such as car horns, door intercoms, carbon capsules for telephones, second headsets for phones and cushion speakers.  Radio stations, theaters, jazz clubs and cabarets used the first homemade AKG microphones within the first year of the company’s conception. 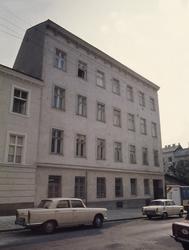 AKG achieved an international breakthrough with the development of its first dynamic microphone, the D12. The mic conquered radio and television stations, setting the standard for voice transmission for the 1950’s and 60’s.  AKG’s C12 tube microphone also set a benchmark of quality for professional musicians.  The K10 headphones were one of the first headphones from AKG and until recent years, a further development of the K10 was even still in use at the European Parliament!

In 1955, the company established a subsidiary in Germany.  At the time, the reputable producers of recording devices, Philips, Grundig, Uher, Loewe, Opta, Nordmende and Telefunken, etc., obtained their microphones from AKG.  The majority of AKG’s customers were based in Germany and the supplier in Austria.  By the end of the 50’s, AKG had built an international network of distribution partners. 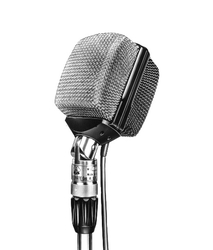 In the late 1960’s, AKG successfully entered the Far East and Latin America markets.  As TV was steadily replacing cinema as the source for information and entertainment, AKG decided to fade out cinema devices and concentrate on its strength – the construction of mobile electro-acoustic devices.  A new market had been created through AKG’s production of portable reverberators, which proved to be a great success, making AKG the world’s first supplier in the product segment.  The 1960’s also introduced to the soon-to-be legendary K141 headphones, which had a high demand through the studio and high-end hi-fi segments.

AKG’s C414 made its debut in the 1960’s, which continues to be the standard mic in the recording industry, decades later.

AKG established the construction of high-quality pickups for record players in the 1970’s, but withdrew from that segment with the introduction of the compact disc and the start of the digital age. Görike and Pless invested a significant amount of time and money in R&D at this time to boost the development of telecommunications pieces, transistor mouthpieces and earphones.  The success of this investment became a key source of revenue in the 70’s. In 1974, AKG held 1,000 patents.

During the late 1970’s, digital technology became a large piece of the product portfolio of AKG.  The company was able to impressively demonstrate the competence acquired in the digital era when it equipped the 1980 Olympic games in Moscow with the TDU 7000 time-delay unit.  The TDU 7000’s interface handled up to eight audio signals, simultaneously running input and output – a groundbreaking innovation long before the introduction of sound cards in PCs.

AKG became a public company, becoming listed on Vienna’s stock exchange in 1984.  The move was an important step to further expand AKG into the powerhouse it is today.  As a blue chip company, AKG was one of the top traded stocks in Vienna for years.  With the IPO, AKG pursued a strategy to become a full-service provider and purchased firms with complementary products. 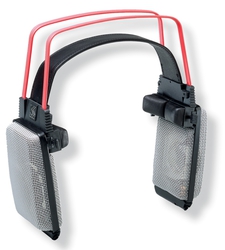 1989 brought the AKG K1000 headphone system for hi-fi purists and professional applications in the recording studio.

In 1993, HARMAN international Inc. acquired AKG and 76 percent of its shares.  The following year, Görike passed away and HARMAN acquired the remaining 24 percent.  Alongside AKG, such esteemed brands, such as Becker, BSS, Crown, dbx, DigiTech, Harman Kardon, Infinity, JBL, Lexicon, Mark Levinson, Revel and Soundcraft are owned by HARMAN. That same year, AKG moved to its current headquarters in Vienna’s 23rd district.  For the first time in the company’s history, all of its departments were accommodated under one roof.

To reduce costs and remain competitive in a harsh environment, in subsequent years AGK shifted parts of its productions to locations with lower wage costs. With sights on perfection, the entire product development and the production of sensitive products are today still carried out at the Viennese location in Lemböckgasse.

Along with the systematic expansion of sales and distribution channels and the optimisation of production, the immense spirit of innovation of AKG's employees remains a key factor. In 2008, AKG was awarded the Austrian export prize for foreign trade.

Cooperation with stars from the music business, such as Quincy Jones, underlines the ambitions of AKG to always present products with the highest sound quality and level of perfection to its customers. In 2010 AKG received the most important award in the firm’s history - the TECHNICAL GRAMMY® Award – and is now on a par with companies such as Sony Corp., Apple Computer Inc. or JBL.

In the last financial year, AKG Acoustics GmbH managed to increase its revenues by 30 percent and its profits by 300 percent – its best year-end result in 20 years.

“Over the past decades, AKG has impressively demonstrated that an Austrian company can successfully hold its own on the global market. We owe this not least to the innovativeness of our engineers and the motivation of all our employees. Together we can look towards an interesting future. With such a strong and motivated team we will overcome challenges awaiting us. It fills me with pride to have managed AKG and to be permitted, together with all our employees, to actively shape the future of AKG,” Jürgen Bopst, managing director of AKG Acoustics GmbH, is pleased to say.