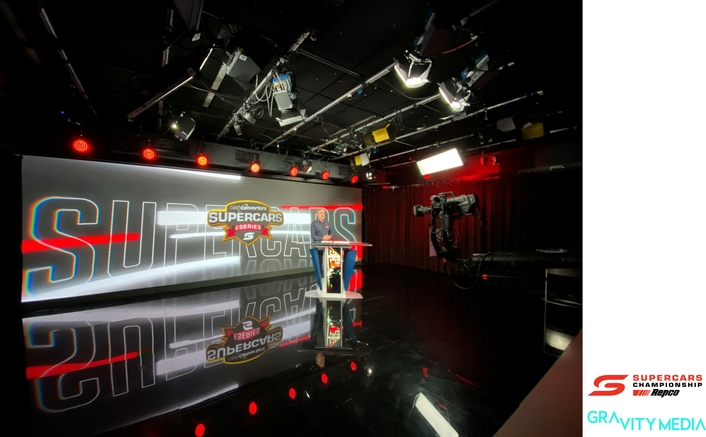 Gravity Media – the leading provider of complex live broadcast facilities and production services to content owners, creators and distributors – continues to develop its new broadcast technology offering with the installation of the only broadcast studio 1.2mm pixel pitch display LED wall in Australia at its Production Centre in Sydney (PCS).

The new LED wall installation enhances Gravity Media’s already impressive technology offering, both as a rental and facilities provider, which is used by clients and partners across the world. The investment into the wall follows an increasing popularity in LED video wall technology due to the clear and seamless images it delivers on camera. The versatility of the wall means that content looks great from any angle as it provides the ability to scale images or videos to any shape or size.

Gravity Media’s new LED wall stands at a massive 10 (w) x 2.5 (h) metres, with a resolution of 6400 x 1920, and provides a vibrant, high-definition backdrop perfect for sharing information and entertaining in unique and innovative ways.

The LED wall has already proven popular among clients including Seven Network and Supercars. In the lead up to this summer’s games, Seven Network approached Gravity Media, seeking out the best possible screens in the market to deliver one of the world’s most iconic events. Gravity Media was able to deliver the most elite product for the broadcast with the new 1.2mm pixel pitch display.

Supercars used the PCS and the incredible versatility of the LED wall for their Cash Converters Supercars E Series. The PCS acted as a production’s main hub with the LED wall installed in a dedicated studio, using it to display various feeds managed from the control room. Camera feeds of two commentators were sent from Gravity Media’s PCM (Production Centre in Melbourne) via fibre to the Sydney facility and played out on the LED wall the programme’s host could easily interact with their colleagues.

About Gravity Media
Gravity Media is a leading global provider of complex live broadcast facilities and production services to content owners, creators and distributors. We use the collective pull of our people and resources to capture, craft and create world-class content that inspires and excites. Our 500 people serve clients across the sport, media, news and entertainment industries from bases in the UK, Australia, USA, France, Germany and Qatar. Gravity Media is a brand-new company with a 30-year pedigree, a force to be reckoned with formed by the coming together of four well known broadcast and production houses: Gearhouse Broadcast, HyperActive Broadcast, Input Media and Chief Entertainment.