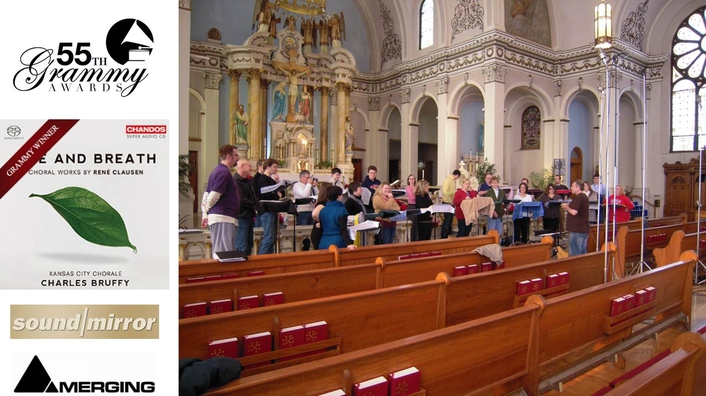 View of the recording session
At the 55th Grammys held February 10th, the Chandos recording of Life & Breath – Choral Works by René Clausen won in the Best Engineered Album, Classical and the Best Choral Performance categories. This critically lauded recording by the Kansas City Chorale was recorded by John Newton, Mark Donahue and Tom Caulfield with production credits going to Blanton Alspaugh who also triumphed in the Producer of the Year, Classical category. The other seven recordings listed on his nomination were also captured and mastered on Pyramix.

If that was not enough, the Soundmirror team were nominated for Best Orchestral Performance, Best Chamber Music/Small Ensemble, Best Classical Vocal Solo and had a second hit in the Best Engineered Album section with Music for a Time of War with the Oregon Symphony Orchestra conducted by Carlos Kalmar. This time the engineering team was John Newton, Jesse Brayman and Jesse Lewis with pieces by Ives, Adams, Britten and Vaughan Williams. Soundmirror won the same award in 2011 with the very exciting Elmer Gantry recording which again had John Newton and Jesse Lewis at the controls with Byeong-Joon Hwang, who is now back in Seoul running Soundmirror Korea. 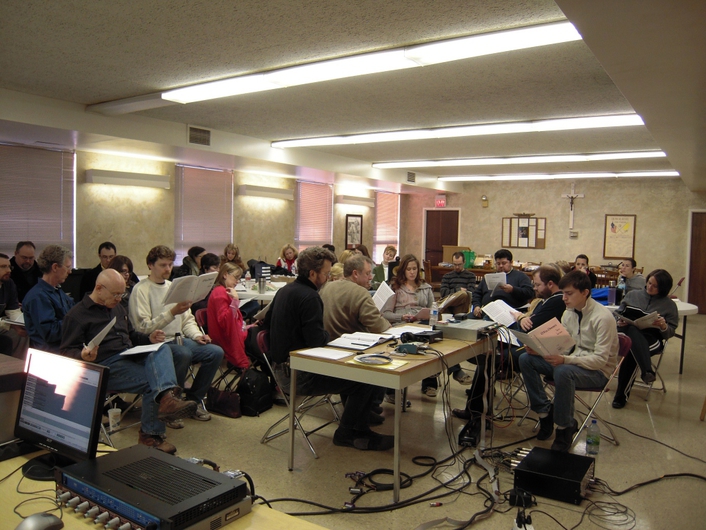 The same award was also won in 2010 by Dirk Sobotka and Mark Donahue and in 2008 by John Newton. Since the foundation of the company in 1972; John has recorded for virtually every major international label. A pioneer of digital recording since 1981 with the remarkable Soundstream recorder, John was also very much involved with the development of the SACD format.  Not surprisingly, there is a preference for recording in DSD which is where Pyramix comes in; this being the only practical way now to record, edit and master in DSD. 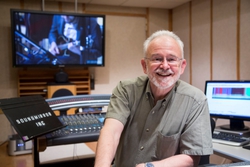 The fortieth year of Soundmirror has certainly proved memorable with this sensational Grammy performance. During that time the technology between microphone and loudspeaker has changed many times but Pyramix has remained the favourite with Soundmirror for some while now. John Newton added; “We have been using Pyramix since the early days of SACD and have invested in quite a number of units over that time. We have recently been using the Horus Networked Audio Converter at 192 kHz and the results have been spectacular; we can see that this is a real step forward. Quite apart from the way the unit sounds, the operational convenience is a real bonus for us.”