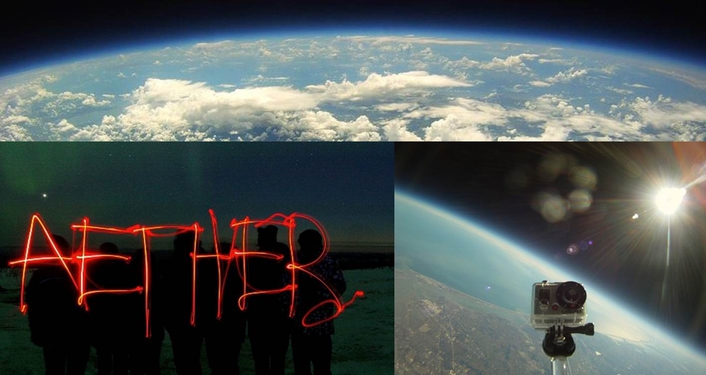 .Project Aether is a program designed to inspire the next generation of scientists, engineers, explorers, and dreamers
GoPro recently partnered with Project Aether on an ambitious expedition to Alaska to conduct science experiments and record the first high quality images of the Aurora Borealis from the edge of space.

Project Aether is a non-profit collaboration between public school teachers and graduate students and is designed to inspire the next generation of scientists, engineers, explorers and dreamers. Dr. Ben Longmier, the head of Project Aether is a rocket scientist with Ad Astra Rocket Company, and for the past two years Ad Astra has been using GoPro cameras inside their testing facilities for video analysis.

The Aether team in Alaska sent 30 high-altitude balloon rigs with various data collection experiments as well as GoPro HD HERO2 cameras to 120,000 feet. The results were amazing – from stunning views of Alaskan mountain ranges to never-before-seen images of the Aurora.

As part of the epic expedition, the team first flew in specially modified planes equipped with skis and landed on remote glaciers in Denali for launches, and then used dogsleds, snowmobiles, snowshoes and helicopters to track and retrieve the balloons. GoPro cameras were used to document these endeavors and to show students around the world that science is more than lab coats and beakers. 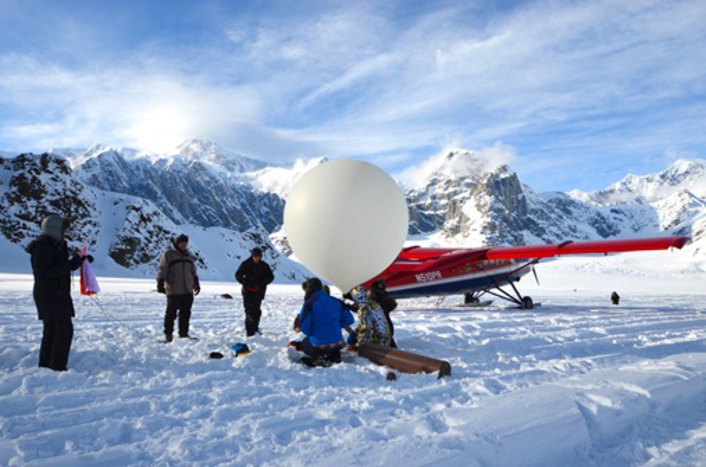 The expedition was part of GoPro and Project Aether’s ongoing partnership, designed to reignite interest in science, technology, engineering and math (S.T.E.M) with schools and students across America by using every day, 100% accessible (to all) materials in their experiments, which can then be easily replicated in the classroom.

The process of design, invention, and creation exposes students to numerous career paths such as engineering, IT, climatology, photography, and aerospace and allows them to directly engage with the tools used by scientists in those fields.  Launching weather balloons engages students with the world around them, all the while kindling their curiosity about how to design solutions to problems they are presented with.