GLP impression X4 Makes Waves with the Naked and Famous 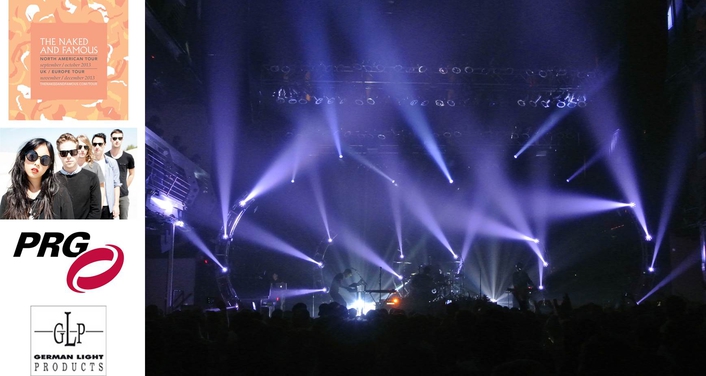 Having provided lighting dynamics for the band since 2011, the LD — who runs West Midlands-based Stage Techniques — sourced 18 X4 spots from PRG in Los Angeles; he then integrated his touring floor package, consisting of six legs of curved truss, with the house rig at San Diego’s House Of Blues where the world tour kicked off. It was to mark the beginning of a love affair with the German manufacturer’s new generation LED moving heads.

The set-up has provided the LD with an economical touring package capable of delivering a big show from a small footprint. Easy to truck and then manually transport, and without the need for big power distro, it is the kind of practical solution that is deal for shows of this scale, where the overall economics are paramount to a tour’s success.

“I had only ever used [GLP’s] 120RZ on my designs previously, and the X4 was the perfect step up from this,” he said. “When I did my first tour with the band truck space was tight and having six 120RZ’s was much more economical than two large discharge wash lights.” 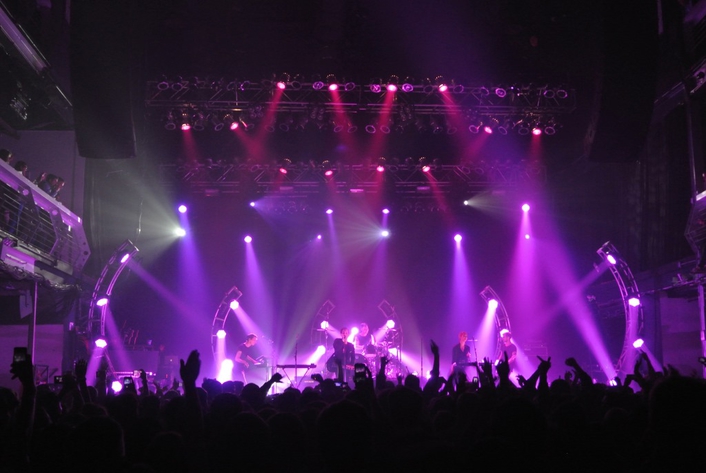 GLP X4s, in action on the curved floor trusses

But now the X4 has become a crucial part of the show. “From stage wash to narrow beams they create some amazing eye candy.

“I used the patterns for around three tracks and it worked great — plus running a chase with all the X4’s going through the numbers also looked fantastic.”

“The Zoom is a very important element,” he continues. “A fixture with that kind of range covered every use I had for it.”

As for the stage design, the curved floor trusses are used to create a wave (as a nod to the band’s album title, Rolling Waves). Explaining the rationale, he says, “Depth was a big factor within the design. I’m not a fan of designs that consist of lighting rigs all upstage of the band.” 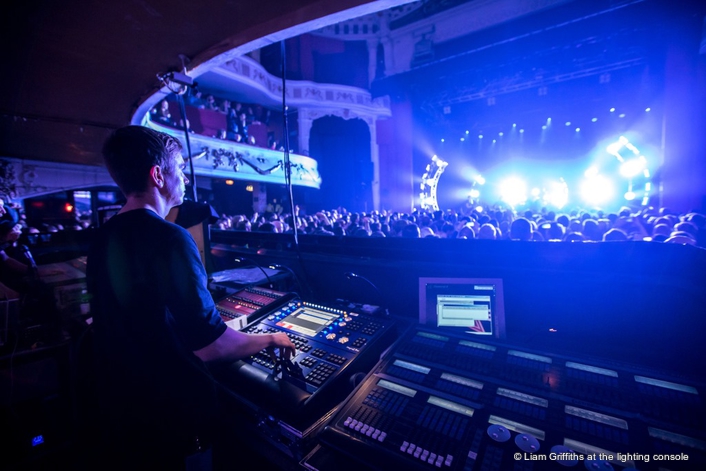 Summing up, Liam Griffiths could scarcely be happier with GLP’s lightweight LED spots, which he has been operating under ChamSys control. “There is no other fixture on the market that can offer the beams, the light output and colour tones within a unit that small, which weighs next to nothing.

“2013 has been extremely busy and we have lots of new projects going out next year that of course will include GLP products. PRG have been great with their support, as always, and Scottie Sanderson (PRG account handler) is a pleasure to work with.”