GLP’s New X4 XL Given Impressive Workout at Nature One

He describes both these events as entirely unique, with Nature One among the largest European open-air electronic dance fests and the slightly smaller Mayday its indoor equivalent.  Both share the same promoter (SFX Group) and the Group’s production company (I-Motion GmbH); but the recent Nature One also gave Thomas Gerdon the chance to use GLP’s new large-format impression X4 XL for the first time at a sold-out event attended by some 72,000 people. 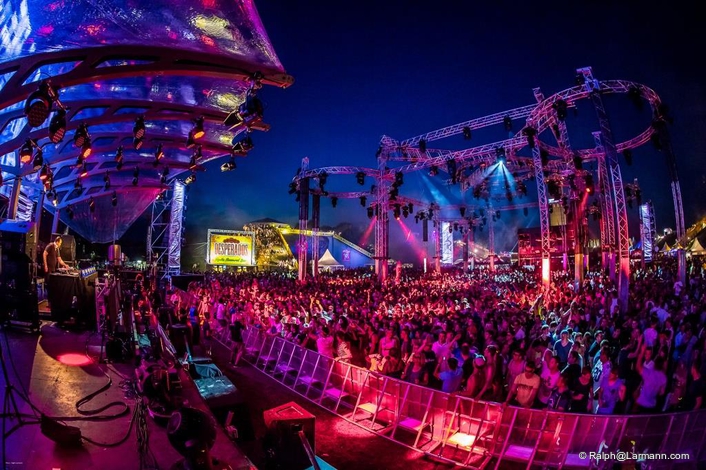 Thomas Gerdon has been involved with Nature One — which takes place annually at the Raketenbasis Pydna disused NATO rocket base in Kastellaun — since 2002; initially he was a lighting op for one of the smaller club floors, but his role has steadily grown, and since 2011 he has taken charge of the main open air floor design.

“We really work closely to the music, tight to the beat.” He says. “We don’t run timecode — everything is operated live and we can just freestyle and follow the music.” 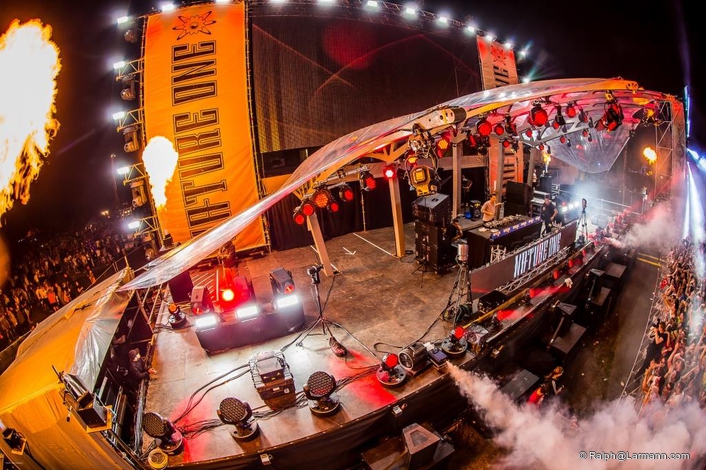 Along with Jerry Appelt, who debuted the X4 XL LED head on the major ‘Böhse Onkelz’ concert at the Hockenheim Ring he has been one the first top tier LDs to jump on board. “[GLP’s] Oliver Schwendke introduced the X4 XL to me and I was immediately impressed with the fixture and its features,” he said.

Gerdon already had 64 X4 heads incorporated into the stage design — but this was the icing on the cake. “I always choose these if they are available, but I really wanted to have the XL to complete the design. GLP supported me in finding a supplier and in just 10 days I found a way to add 12 of the new XL into the design.” 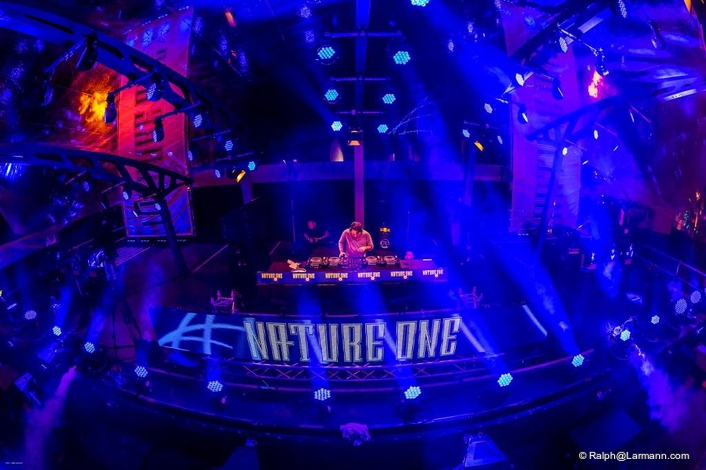 Supplied by Heli Showequipment GmbH, the X4 series lights were mounted on the open air stage floor for effect lighting. Many were also set in the roof above the DJ where they were used as an effect light and as front- and backlight for the DJs. In addition X4 and X4 XL were used as floor lights for further effects.

Each impression X4 XL head features 55 x 15W RGBW LEDs and a 7°-50° zoom; asked for his assessment, the LD was unstinting in his praise, describing the experience as a memorable one. “They are very good looking and don’t have a base, which gives them a really sleek look. 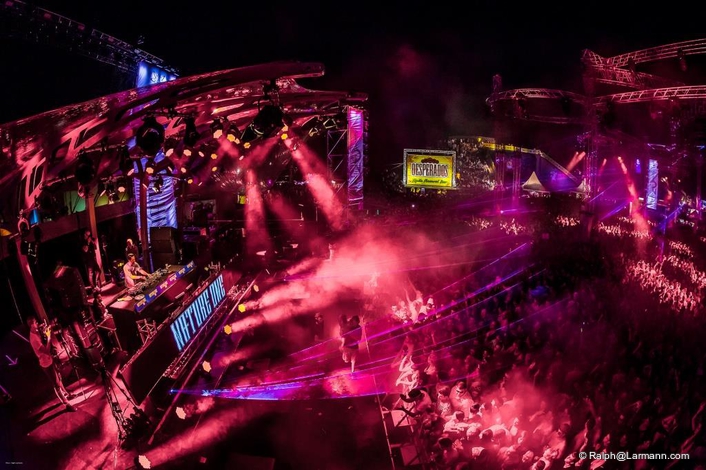 “They have an enormous light output and the quality of the colours is as good as the X4. The zoom range is really impressive — you can use them both as a beam light and as a stage wash — and they work well in both modes; the pan/tilt speed is excellent —surprisingly so, as you don’t expect this when you see the size of the fixture. 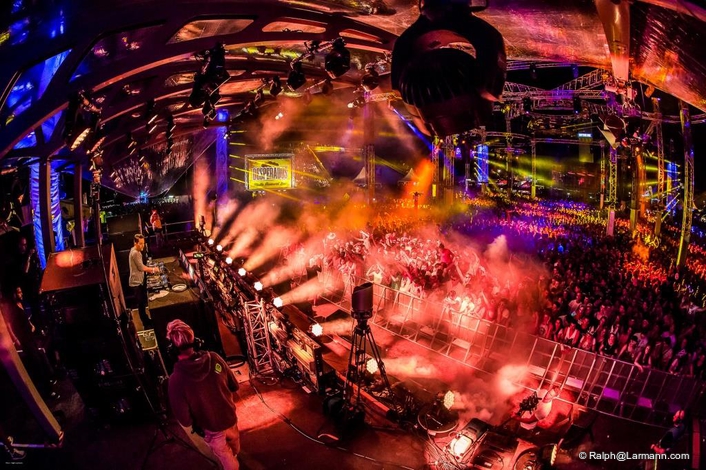 “But the biggest advantage is the output — they really have an extreme lighting output which you don’t find in other LED fixtures. The pattern effects are also cool and because of the big amount of pixels you can create a lot of new looks.” 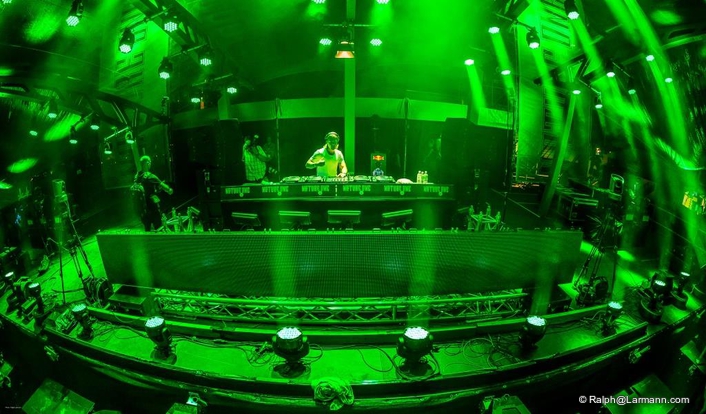 Almost uniquely, he says, they received positive feedback from the artists themselves. “The manager of one famous DJ called me and said that the artist had remarked that it was one of the best lighting effects that he had ever seen — which was most unusual. That was really a great honour for us to get a feedback like this.” 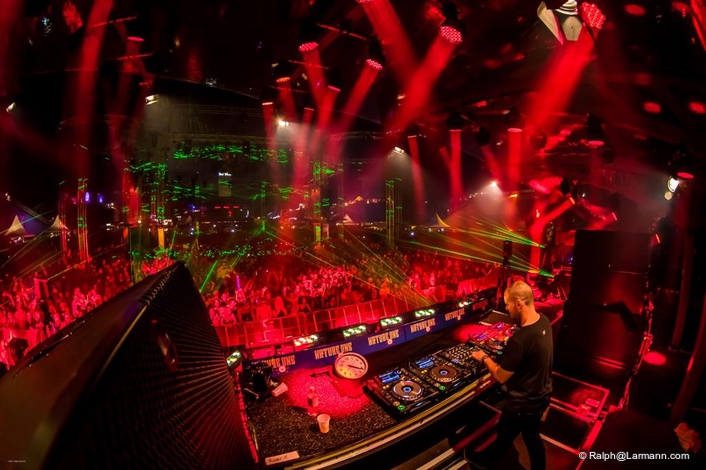 Going forward, he anticipates both the impression X4 and X4 XL will become staple workhorses in his shows. “For sure I will be speccing them, as they will function in a lot of different applications, always doing a great job.” This will include an upcoming YouTube video shoot, a TV production and a new large scale touring project.