Additionally, the Rio de Janeiro-based cable and satellite company plans to use solutions from Elemental to support the future deployment of SMPTE 2022-6 (SDI over IP) to efficiently transport media signals over IP networks for reduced complexity and cost. 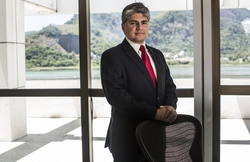 “With Globosat’s unprecedented coverage of the competitions this summer, we were setting a new landmark to the live televised Olympic Games. Subscribers had access to one hundred percent of the events - whenever they liked and on whatever device they liked,” said Roberto Primo, Chief Technology Officer for Globosat. “Elemental gave us the flexibility we needed for our multi-channel, multi-platform approach to show every moment of the action. The scalability of Elemental is also key.”

Globosat is part of the Grupo Globo portfolio of media companies, which reach 99.7 percent of the Brazilian territory. The Brazilian pay TV leader was broadcasting the sports event to its viewers in Brazil via satellite, cable, fiber, 3G, 4G networks and streaming live and VOD IP video channels. Globosat channels reach about 50 million viewers throughout the entire national territory, distributed to more than 16 million subscriber residences. According to Globosat, more than 17.2 million viewers watch its channels daily.

To meet massive consumer demand for live-streamed coverage of the events, Globosat was adding an additional 8 high definition (HD) channels – for a total of 16 HD channels – to its output and an additional 40 services. Signals were generated at the international broadcast center located in the center of Rio de Janeiro and then transmitted to the Globosat broadcast center, also located in the city. Elemental Live software encoded the content for live over-the-top delivery, including programming in 4K.  Elemental Live also recorded and trimed catch-up TV deliverables for distribution over different VOD platforms, including Net Brazil.

A further innovation on the part of Globosat is the use of IP transmission from the international broadcasting center to the Globosat facility. The workflow employs both HD-SDI and SMPTE 2022-6, a standard for transporting high bitrate media signals over IP networks, to packetize and deliver 1.6 Gb/s streams for each channel over standard fiber, which reduces the capital cost of installing multiple dedicated video circuits.

“Globosat sets a new standard when it comes to innovating immersive viewer experiences,” said Dan Marshall, Senior Vice President of Worldwide Field Operations for Elemental. “Our support of Globosat demonstrates clearly that, through what may well be the most-watched television programming of the year, Elemental is absolutely built for prime time video workflows. We can provide – on-premises or in the cloud – encoding, storage and packaging solutions that deliver quality, performance and reliability.”

About Elemental
Elemental Technologies, an Amazon Web Services (AWS) company, empowers media companies to deliver premium video experiences to consumers. Founded in 2006 and headquartered in Portland, Oregon, the company pioneered the use of software-based video processing to distribute and monetize video over the internet. As the leader in software-defined video solutions, Elemental powers video infrastructure for more than 850 top-tier media franchises worldwide and helps pay TV operators, content programmers, broadcasters and enterprise customers bring video content to any screen, anytime – all at once. Elemental solutions are deeply integrated with AWS services, giving video providers the ability to quickly, easily and economically scale workflows on-premises or in the cloud.