Getting to Grips with Change at IBC 2013

.
The speed with which the global electronic entertainment and media industry is evolving is astounding, but what is sometimes forgotten in the mix is the role that people still have to play with the new technology. Nowhere is this more evident than with acquisition, where - whatever technical advances may occur inside the unit and further down the production pipeline - the camera typically has to be carried, wielded and used by a human being.

Perhaps this is why IBC's Production Insights area is so popular year after year, as it lets visitors to the show pick up, use and test the very latest models; comparing and contrasting different manufacturers' offerings in an environment centred round a professional standard studio.

This year, visitors to the area in Hall 11 can get hands-on with a wide range of models. Amongst the highlights, Canon will have its XF-305 camcorder on show; Hitachi is bringing the SK-HD1200, the company's top-of-the-line portable HDTV Studio and EFP camera to Amsterdam, as well as the 16-bit SK-HD1500 1080/6G high speed HD production camera; JVC will showcase the GY-HM650E, which it bills as the industry's most interoperable camcorder; and STEREOTEC has its ground-breaking handheld 3D rig on display.

It's not just cameras either. Lighting company Canara will be highlighting the flexibility of its LED lights, including its 200W Fresnel which is used for studio and stage applications, as key, back and fill light. 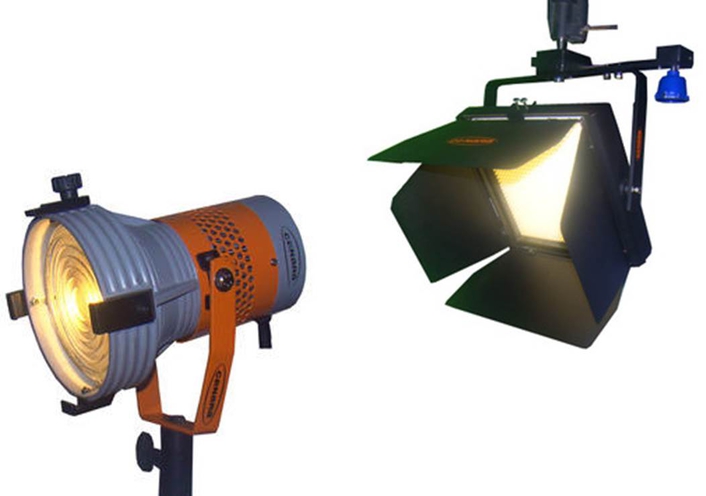 The growth in LED lighting is one of the more significant technological advances, albeit at times contested one, in the production side of the industry of the past few years. For a detailed examination of where the whole industry is heading over the next few years, however, it will be hard to beat the opening keynote of IBC2013, 'Broadcast, and Beyond: Reshaping the Media Ecosystem' on Thursday 12 September at 09:30.

Beyond: Reshaping the Media Ecosystem' on Thursday 12 September at 09:30.
Broadcasting faces a new world of unlimited choice and ever-increasing competition from new players. How serious are the threats and how great tare he opportunities from multiple devices, proliferating screens, the rise of the Over The Top (OTT) operators, and the increasing presence of the telcos?

This curtain raiser to the IBC2013 Conference promises to be a global, strategic look at the future of the traditional broadcasting model and the issues that keep broadcasters awake at night – all set within an over-arching theme of media convergence. Chaired by noted journalist Ray Snoddy, four highly influential speakers will look at this critical topic from the very different perspectives of multichannel ownership, independent production, digital development and that of advertisers and marketers.

IBC keynotes have an enviable reputation for setting the agenda, first for the rest of the Conference and then the months and years beyond. This searching examination of the emerging multicast model looks only set to cement that reputation.