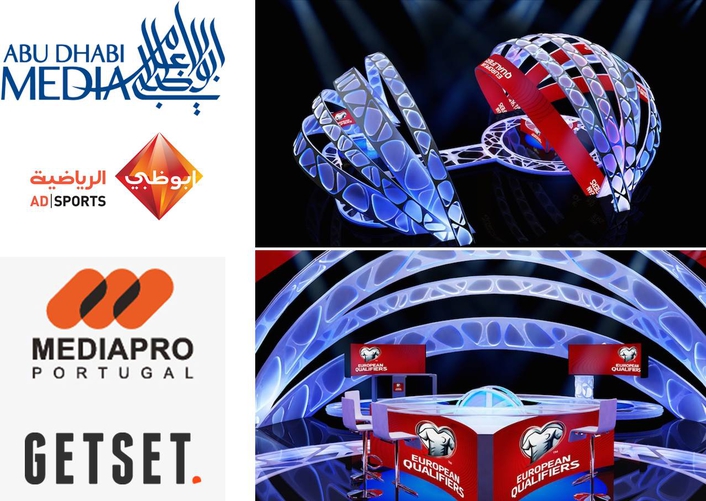 GET SET is currently building an innovative and ground-breaking TV studio for a new programme on the Abu Dhabi Sports Channel, for the Abu Dhabi Media Group, with the launch slated for this October.

The construction of the 500m2 studio included the integration of a variety of different audiovisual systems featuring the use of innovative LED screens integrated in the studio structure and the central control desk from where the programme will be presented.

The project has been a creative challenge which has put GET SET’s innovative mindset to the test with the company also working on a design project for beIN Sport Spain. The MEDIAPRO Portugal group company offers “key-in-hand” services for the TV industry providing creation, implementation and management of big TV studio project services for TV networks, shows and events both indoors and out. Some recent project highlights include the three sets designed for beIN Sport for the recent broadcast of the Gulf Cup (Saudi Arabia, November 2014), two studios in the stadi in Sydney and Newcastle for the Asian Cup (Australia, January 2015) and World Handball championships (Qatar, January 2015), in addition to projects for beIN Sport, where Get Set set up two outdoor studios in Doha and set decoration services. It recently built two sets for for beIN Sport, one in Miami and another in Chile to cover the 44th edition of the Copa America Chile 2015 which finished on the 4th July.