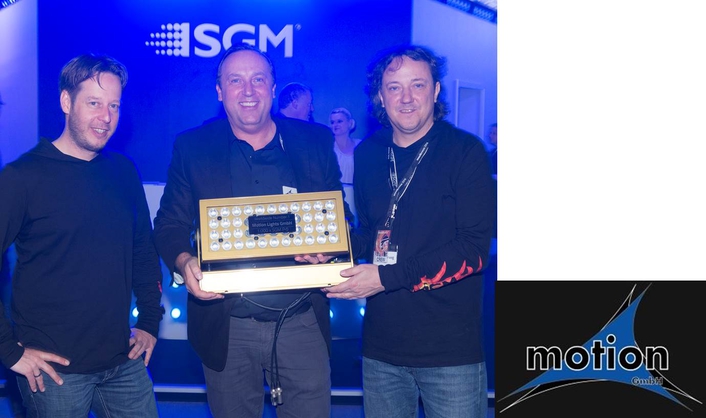 "Over a short period of just 18 months since the product was launched, Motion has purchased more than 1,000 devices, and thus has the largest dry hire inventory worldwide," says a delighted Thorsten Sattler, Director of SGM Deutschland.

Motion GmbH is one of the largest dry hire rental companies in Germany with a customer base extending to the surrounding countries. The P-5s are being ordered both in quantities of 16-32 pieces for smaller jobs, while large-scale exhibitions such as the IAA (International Motor Show) or IFA (International Radio Exhibition) in Berlin may require the complete inventory. Similarly, the catwalks of Milan Fashion Week will be illuminated with Motion’s newly acquired wash lights.

"In a little more than a year, the P-5 has established itself as the industry standard for LED wash lights and is now joined by the equally innovative and flexible Q-7 and Q-7W, the light output of which puts everything else in the shade," says Christian Kohl, owner of Motion. "Furthermore, for the upcoming season, we are now closely reviewing the G- Spot, which we expect to replace many of our moving lights in the rental fleet."