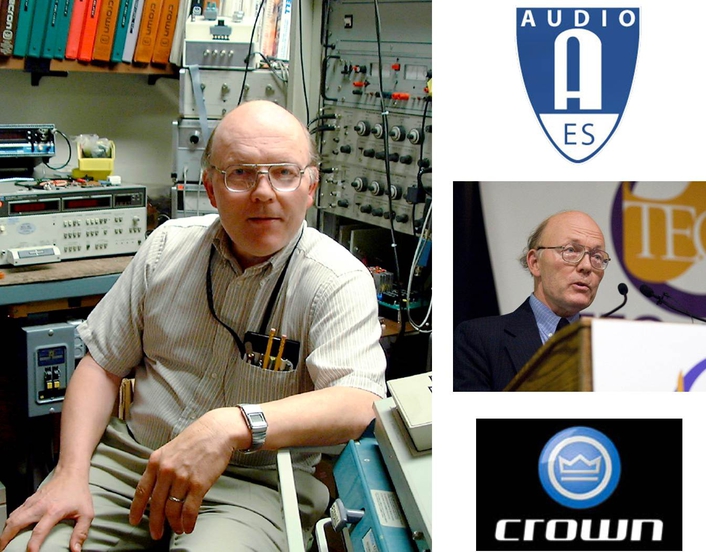 In 2008, the Audio Engineering Society selected Stanley to receive the distinguished AES Fellowship Award
Gerald Stanley, senior vice president of research and development at HARMAN’s Crown Audio, is celebrating 45 years of service with the company. One of the leading authorities in amplifier design in the professional audio industry, Stanley is responsible for 42 patents during his tenure with Crown.

Stanley joined Crown part-time in 1964 while still an undergraduate at Michigan State University and served as a tape recorder line technician, draftsman, and amplifier design engineer. In 1966, he returned after completing a graduate degree at the University of Michigan and went on to work full-time on designing tape recorder electronics and power amplifiers.

Stanley’s work has been primarily responsible for many of Crown’s major product lines over the last five decades beginning with the DC 300 and going on to include the Macro-Tech, K, CTs, I-Tech, I-Tech HD, and ComTech DriveCore series amplifiers. He has also worked on the design and development of numerous other products produced by Crown including tape recorders, signal processors, and audio test equipment.

In 2008, the Audio Engineering Society selected Stanley to receive the distinguished AES Fellowship Award for his significant contributions to power amplifier design.

“Gerald Stanley’s influence can be seen not only at Crown but throughout the entire professional audio community.  His work has been the driving factor in creating countless amplifier technologies over the years.  We congratulate Gerald on a storied career and are lucky to say we will continue to have him as a colleague and mentor,” stated Marc Kellom, Director of Marketing for Crown.