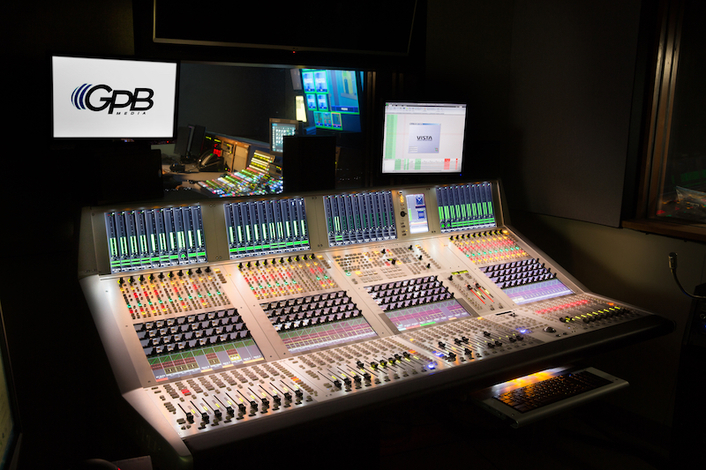 One of the largest PBS stations in the nation upgrades to Studer Vista 9 consoles for higher-quality, streamlined TV productions

The station was experiencing system instability and looked to Studer by HARMAN for a resolution. Its previous audio system was a hybrid of two different manufacturers, which according to Darvin Sparks, senior broadcast engineer at GPB, contributed to the system instability.

“Our old system was frequently leading to downtime in productions,” said Sparks. “We wanted a stable, reliable audio system that would serve as a foundation for our productions and could grow with our future needs.”

For Tom Spencer, primary audio operator at GPB, the new Studer consoles have been a valuable addition to the GPB studios. “The two Vista 9 consoles consistently meet the station’s wide range of production demands,” he said. “Internal routing is extremely flexible and intuitive, allowing for any last minute modifications that should arise during the course of a production.”

The Vista 9 microphone preamps are incredibly quiet and the EQ has a musical quality. In addition, compression and limiting are both transparent in their operations. Spencer is also impressed with the functionality of Studer VistaMix automatic mixing, a software upgrade available to all Vista digital mixing consoles.

“VistaMix is absolutely indispensable,” said Spencer. “The ease of post-VistaMix routing options are very helpful in meeting an array of studio monitoring demands.  Metering is easy to customize. The overall ergonomic design of the desk allows the operator to perform all necessary functions without compromising listening position or comfort. There has not been a production of any size that our Vista 9s could not handle.”

GPB’s familiarity with HARMAN Professional Solutions made it an obvious choice when it came to selecting the audio consoles. The station exclusively uses JBL Professional studio monitors, in addition to AKG microphones, Crown amplifiers and Lexicon reverb units.

“We wanted a vendor known for solid support and a company with longevity that we could trust,” said Sparks. “We have received superb support from our HARMAN Professional Solutions sales and support engineers—both before and after the sale.”

Beginning as a five-station educational TV network in 1970, GPB is now a multiplatform media production facility with 18 radio stations and nine TV stations, serving approximately 98 percent of residents throughout Georgia and parts of Alabama, South Carolina, Florida and Tennessee. It has five TV production studios, four radio production studios and numerous video and audio editing suites. The station’s two TV production control rooms are mirror images of each other, and both contain Studer Vista 9 consoles.

ABOUT HARMAN
HARMAN designs and engineers connected products and solutions for automakers, consumers and enterprises worldwide, including connected car systems, audio and visual products, enterprise automation solutions and connected services. With leading brands including AKG®, Harman Kardon®, Infinity®, JBL®, Lexicon®, Mark Levinson® and Revel®, HARMAN is admired by audiophiles, musicians and the entertainment venues where they perform around the world. More than 25 million automobiles on the road today are equipped with HARMAN audio and connected car systems. The Company's software services power billions of mobile devices and systems that are connected, integrated and secure across all platforms, from work and home to car and mobile. HARMAN has a workforce of approximately 28,000 people across the Americas, Europe, and Asia and reported sales of $6.5 billion during the 12 months ended December 31, 2015. The Company’s shares are traded on the New York Stock Exchange under the symbol NYSE:HAR.