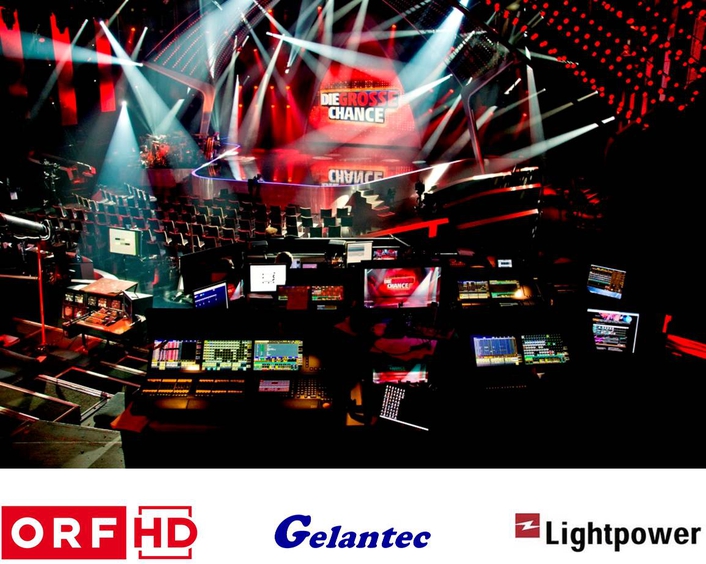 ORF had already been working with the grandMA2 in the OB vans, so the lighting team was trained on the new consoles
In a major technical upgrade, the ORF center in Vienna has changed all its grandMA “series 1” consoles to grandMA2 consoles. The MA NSPs (Network Signal Processors) were also replaced by MA NPUs (Network Processing Units), and furthermore, the ORF has invested in new grandMA2 fader wings.

Engineer and Project Manager for the upgrade Manfred Wagner explains why the grandMA2 was chosen, “We had plenty of good experiences with the grandMA ‘series 1’, so for this reason the grandMA2 was a pretty logical choice. The grandMA2 is not only extremely reliable but also offers powerful backup solutions and is a perfect option for TV projects, because we can’t afford failures! Additionally, the consoles and MA NPU give the performance we need for the sophisticated studio lighting set up as well as the flexibility to control a variety of lightsources - conventionals, moving lights, LEDs and video”.

“Switching to the grandMA2 lights means we have the same type of consoles in the studios as well as at the director’s stand”, says Wagner. “Until the upgrade, we had a grandMA light for the studios and a grandMA full-size at the director’s stand. The generation change was completely smooth and enhanced by the fact, that we had already been working with the grandMA2 in our OB vans, so our lighting team was trained on the new consoles.

Engineer Karl Nöbauer is the studio’s chief operating officer for productions and Engineer Reinhard Traxler is head of lighting production. The MA equipment was delivered by  Lightpower GmbH and the installation undertaken by Gelantec, Gesellschaft für Elektronik und Anlagentechnik mbH.