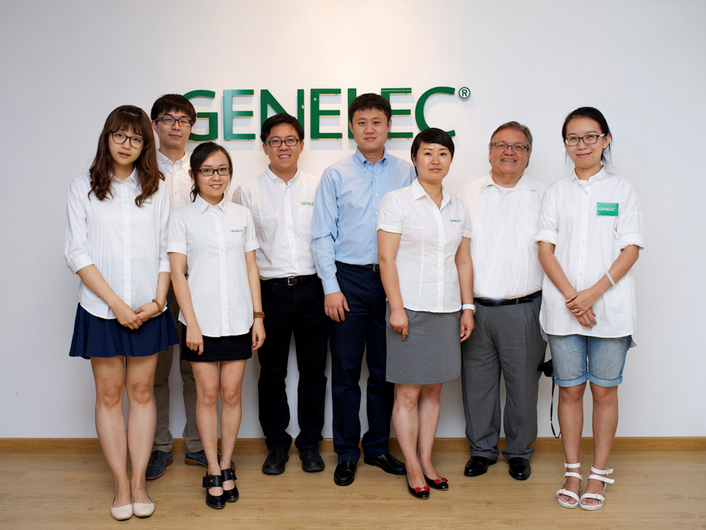 The Genelec Beijing Team with Lars-Olof Janflod
Genelec is pleased to announce the opening of its new office in Beijing. The new office features a unique demo room which has been designed with the same acoustic principles as the Genelec listening space and auditorium at the company’s headquarters and factory in Finland.

After more than ten years in the city, Genelec has built up a team of seven based at the Beijing office and the time had come to move to bigger and better premises. Hanying Feng, office manager for Genelec China recognised that the time had come to upgrade the company’s facilities: “With a staff of six people plus one trainee it was time for us to look for something new as our old office was far from sufficient,” he says. “There is lots of real estate available in Beijing but it can still be hard to find something to suit. While planning the move we also took the opportunity to upgrade our demo facilities and I’m proud to say that our facility invites comparison with the listening space at Iisalmi. It is an excellent demo space for Genelec’s growing business in China.” 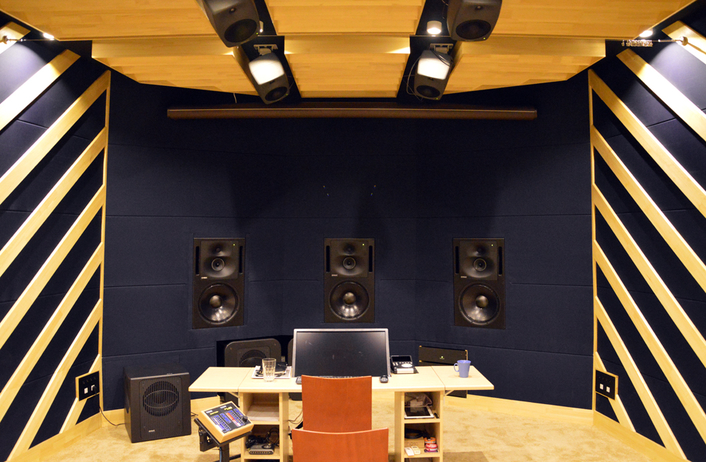 The new Genelec office is situated in B33-101 of Universal Business Park, next to the 798 Art Zone area of Beijing. The 798 Art Zone was formerly an industrial area that has been turned into studios and galleries for all types of sorts of artists from painters through to sculptors. It is also a thriving social area with many coffeeshops and restaurants, making it the new “hip” quarter of Beijing.

The original room at Ilsalmi was designed by Ari Varla, legendary electro acoustic design engineer at Genelec, who sadly passed away in 2008. The Beijing room follows a similar format and has a surround system comprised of Genelec 1238s with 7270 subs. The ceiling is equipped with ceiling mounted 8240s to allow for Dolby ATMOS reproduction or any other so called 3D sound format like AURO 3D. This is truly a unique facility in China, which can serve both as a demo room but also if one so wishes, as a production space.