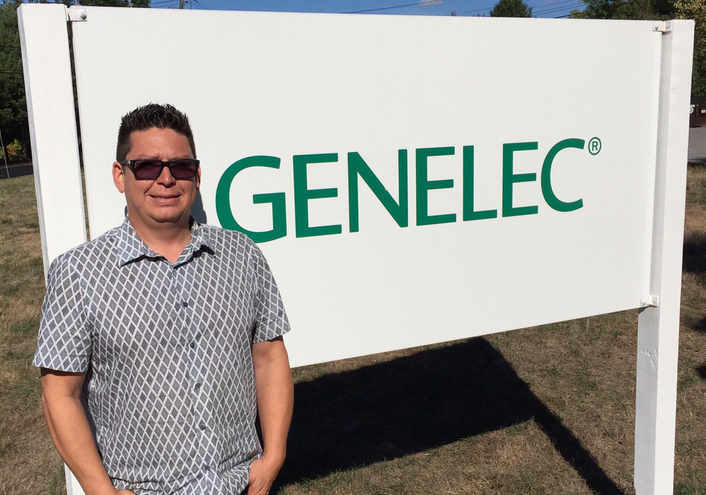 In his new position, Maynard will focus on driving sales for Genelec on the west coast and managing, motivating, supporting and expanding, where needed, the Genelec dealer base in California. In addition, he will increase end-user awareness, work with independent reps and gather data and filter feedback to Genelec’s Marketing Department. These duties will involve interfacing with the entire customer base: reps, dealers and especially end users. Special focus will be placed on representing Genelec in such vital marketplaces as the Southern California studio and post-production scene. Maynard is also fluent in Spanish, which will help him serve the notably bilingual Southern California market.

Prior to joining Genelec, William Maynard has had a rich history in the music industry. His experience with music retail started in 1995 at Guitar Center and later moved on to West L.A. Music, where he was commissioning studios together and managing pro accounts such as E! Entertainment and Fox Sports, to name a few. In 2000, William became West Coast Product Specialist for Twelve Tone Systems, also known as Cakewalk/Sonar. In 2005 he worked with Jan-Al Cases, designing and selling flight cases for music tours and managing Pro Audio dealers. In 2010 he started with Solid State Logic as a product support specialist, which quickly grew in a Regional Sales Manager for Latin America.

Commenting on Maynard’s appointment, Will Eggleston stated, “William has a rich history and unique skill set. With years of experience with both pro and retail, William has the opportunity to benefit both Genelec dealers and reps alike. We look forward to working alongside him and continue to increase our West Coast presence in all the markets that we serve.”