As one of the few colleges in the U.S. to have a Dolby® Atmos™-certified studio among its facilities, Valencia College is among the top audio-for-video education programs, and Genelec speakers are the crowning touch in all of the school’s production rooms

As the sound-for-picture media industry sector moves deeper into immersive sound, the Sound & Music Technology program at Valencia College in Orlando, Florida, offers its students not one but four studios configured for monitoring in the 7.1.4 format, including four overhead/height channels. Furthermore, one of those studios is certified for the Dolby® Atmos™ platform – one of the only such facilities in pro-audio education. These studios and others at the college share an audio-monitoring infrastructure made up of Smart Active Monitors™ from Genelec, the world’s leading choice for critical listening applications like immersive audio for film and video. 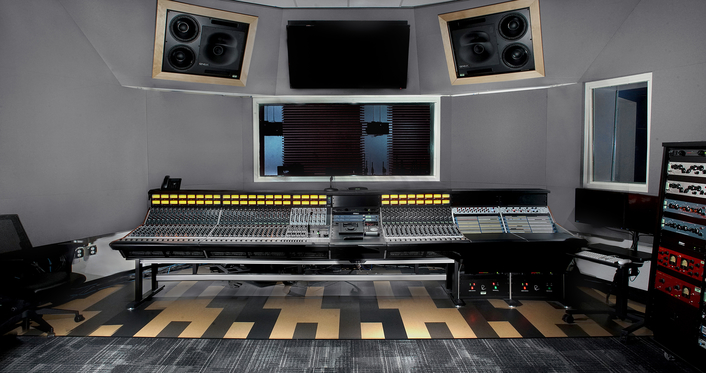 Studio A at the Sound & Music Technology program at Valencia College in Orlando, Florida, employing a 7.1.4 array of Genelec Smart Active Monitors™.

Two of the facility’s six studios and listening environments, Studios A (the facility’s “flagship” room) and B, utilize 7.1.4 arrays using seven Genelec 8350A’s for their L-C-R and surround arrays and four Genelec 8340A’s as the height array. Additionally, both of these rooms employ a pair of the Genelec 1234A’s as a separate main set of farfield monitors for full-range monitoring. Mixroom 1, which is Dolby Atmos-certified, uses Genelec 1238A’s for its L-C-R and 8340A’s for the surround arrays, while four 8330A’s are used for its height array. Mixroom 2 is setup in a similar fashion, but uses 1237A’s instead for its L-C-R. All four studios are also equipped with dual subwoofers using either Genelec 7370A or 7360A Smart Active Subwoofers.

Joe McBride, the Teaching Lab Supervisor at Valencia College’s Sound & Music Technology program, housed in Valencia College’s new Film Production and Sound Technology Building, says the only choice for these rooms was Genelec, which offers an unbeatable combination of pure, utterly transparent sound and leading-edge technology advances. “Nothing sounds as good as Genelec,” stated Joe McBride. “Having Genelecs throughout the production rooms means that mixes can translate accurately between rooms. The way something sounds in one studio is how it will sound in any of the others, which is the way all leading sound facilities are designed.”

Joe McBride also relies on features like the Genelec Loudspeaker Manager™ (GLM™), a sophisticated digital-room-correction software platform that manages levels, distance delays, and frequency balances of up to 30 networked speakers, all in one intuitive interface, and Genelec’s AutoCal™, which automatically measures, analyzes, and adjusts speaker settings. “These features are a way that we can have the studios designed to serve different purposes yet always provide a consistent listening environment for our students,” he explains. “Genelec is what professionals use at the highest levels of this industry, so it’s what our students experience when they’re here. Genelec gets them ready for the real world.”