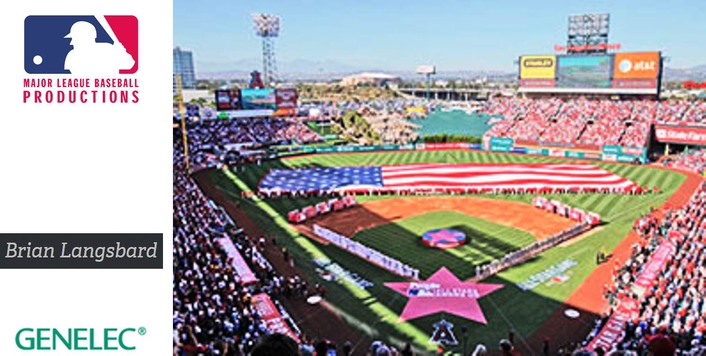 Brian Langsbard has been deeply involved with baseball for 15 years, since the EMMY® Award-nominated composer scored his first opening theme for an MLB broadcast. Langsbard has provided the musical voice for a wide range of visual content, from the bone-chilling underscore for the murderous women of Snapped on the Oxygen network to the backdrop to an animated Batman series to serious documentaries. But baseball has been a continuous theme for him. And for the last four years, the huge heroic themes that companies like MLB Productions have come to Langsbard for have been written, produced and mixed through his 8260A Smart Active Monitors™ (SAM™) from Genelec, the leader in active monitoring technology for over 35 years.

Most recently, Langsbard finished up a four-part series titled Rushmore – narrated by Martin Sheen and profiling the lives and careers of Babe Ruth, Lou Gehrig, Ted Williams and Hank Aaron – in the studio in his Laurel Canyon home. Those documentaries, which are slated to air in 2016, sound as good as they do thanks in part to the incredible aural nuance that Genelec offers sharp-eared musicians like Langsbard. 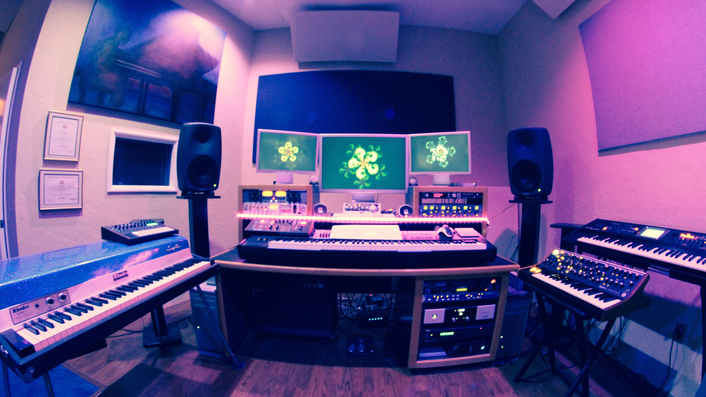 The 8260A has been Langsbard’s primary monitor for the past four years, winning a shootout in his Laurel Canyon home studio and letting him translate sports stories into eloquent music

“What I like about composing for baseball and for sports in general is that they want the music to be big and up front, but they want a lot of detail in there, too,” he says. “That’s what I’m always looking for, and the Genelecs always let me find it.”

Langsbard chose his 8260As in 2011, when dealer Westlake Pro brought them and another set of monitors over for him to compare. One listen, says Langsbard, and there was no comparison. “The clarity was extraordinary,” he says. “They’re a real pleasure to listen to, but just as importantly, they’re really a tool for my work. They let me zero in on particular frequencies and other details that make a huge difference in the end.” Langsbard says the Genelec 8260As give him that kind of specificity across all of the genres he works in, actually improving the tracks and the mixes he creates. “These are speakers that really, really make a difference.”

The 8260A Smart Active Monitor (SAM) is a masterpiece in electro-acoustic design. It features Genelec's proprietary Minimum Diffraction Coaxial™ (MDC™) driver. The 8260A combines outstanding three-way monitor design with Genelec state of the art AutoCal™ and Genelec Loudspeaker Manager™ (GLM™) control network technologies. GLM allows to automatically align every monitor on the network in terms of level, timing, and equalization of room response anomalies. Together with the 8260A breakthrough MDC driver design, Genelec MDE™ and advanced DCW™ technologies provide accurate imaging and outstanding clarity and definition of the inner details of the music. The 8260A is the most sophisticated monitoring solution for recording studios, post-production houses, digital mastering facilities, radio and TV broadcasting.