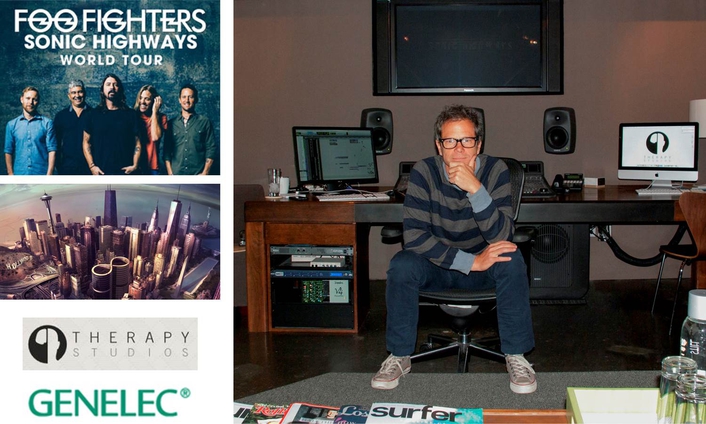 New 8040B 5.1 surround monitoring systems at Therapy Studios provide industry-standard sound for post-production and mixing
With clients such as Pepsi, KIA, Google, Boost Mobile, Reebok, Acura and Toyota, the award-winning post-production firm Therapy Studios has staked a claim among the top facilities in the industry. Last year, Therapy, whose work includes commercials, features, music videos and online media, comprehensively upgraded their two audio suites at their state-of-the-art space in West L.A. Both now have Genelec 8040B Bi-Amplified Monitors in 5.1 surround configurations, and Therapy Studios’ sound has never been clearer. This setup was put to use on the recent project by Dave Grohl and the Foo Fighters, Sonic Highways, the hit HBO documentary series that followed the band to eight major recording centers around the U.S.

“Dave is naturally concerned with the quality of the audio for Sonic Highways, as are we for every project we do,” says Jeff Fuller, who, along with Eddie Kim, mixes and manages audio for Therapy Studios and its production-development arm, Therapy Content. “The Genelecs sound great. What I really like about them is the level of accuracy I get. I can hear everything clearly, perfectly, accurately.”

Sonic Highways followed Grohl and the band through eight legendary recording studios in eight cities, including Steve Albini's Electrical Audio in Chicago; Rancho De La Luna in California; Robert Lang Studios in Seattle; and Washington, D.C.’s Inner Ear Studios, to write and record their new album. Understandably, the sound can vary from location to location. Fuller says that the Genelec 8040B monitors allowed him to hear all of the sonic and acoustical nuances of each location, song, instrument and vocal performance clearly and accurately, resulting in consistent-sounding mixes throughout the show from week to week.

“We couldn’t be happier with the performance of the 8040Bs,” says Fuller. “I’ve been using Genelec monitors for a long time — they’re the industry standard for audio post-production — and the 8040Bs surpassed my high expectations. The sound is great, but as importantly, they are not fatiguing to work on for long stretches. That’s good because with this show and all the other work we’re doing, I’m in the studio six days a week, heavy-duty hours each day. The 8040Bs are everything you’d want in a monitor for music and for television.” 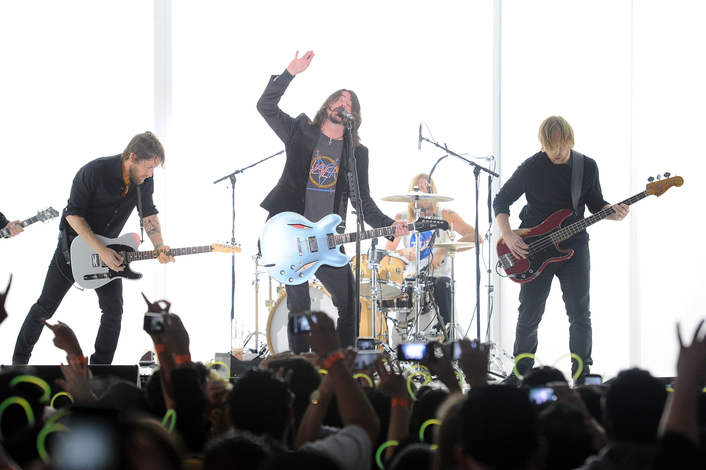 The bi-amplified 8040B monitor is ideal for use in all types of production environments. The Genelec 8040B active monitor produces high SPL, low coloration and broad bandwidth in a modest enclosure. It contains drivers, individual driver power amplifiers, active crossover and protection circuitry. The 8040B Minimum Diffraction Enclosure (MDE™) and advanced Directivity Control Waveguide (DCW™) technologies provide superior frequency balance and neutral sound imaging in all production environments. 8040B features Genelec Intelligent Signal Sensing (ISS™) circuitry that switches the monitor to standby when no audio input is detected (ErP 2013 Directive). Its superior performance makes it ideal for many applications, such as music studios, post-production facilities, mobile vans, radio and TV broadcasting.