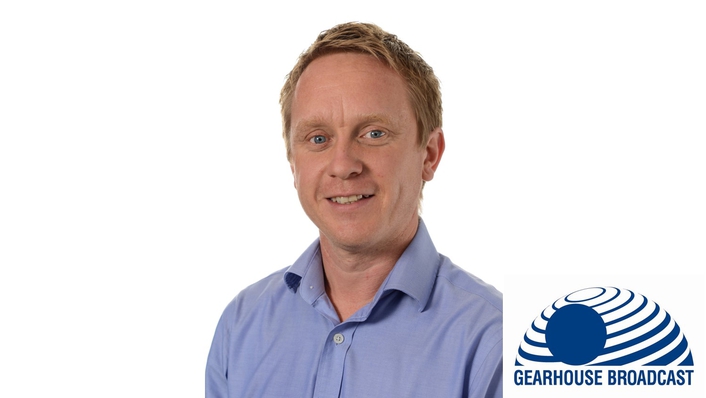 Gearhouse Broadcast, a supplier of technical facilities, crew and services used to capture the world’s most watched content, has promoted Ed Tischler, its head of projects, to managing director of its UK business. He replaces Kevin Moorhouse, who vacates the position in order to focus fully on his role as chief operating officer of Gravity Media Group (GMG) continuing the mission to provide outstanding technology, solutions and exceptional client support across the globe.

In the 16 years he’s worked within the broadcast facilities industry, Ed has made the transition from fulfilling a purely technical role to taking on greater commercial and leadership responsibilities. Since joining Gearhouse Broadcast in 2007, he’s worked at, and overseen high-profile international jobs including the 2014 and 2010 World Cups, Euro 2016, 2012 and 2008, Rio 2016, London 2012 and the ATP 1000 Tour tennis. As well as working closely with customers and technology partners to ensure that jobs are delivered successfully, and on budget, he’s overseen considerable growth within the projects business.

Ed will report directly to Kevin and the Gravity Media Group management team, with a remit to continue the impressive performance that the UK arm of Gearhouse Broadcast has delivered in recent years through its projects, systems integration and equipment rental divisions. He will also remain as head of projects for the near future, to ensure consistency on upcoming jobs he’s involved with, before overseeing the appointment of a suitable replacement.

Commenting on his promotion, Ed said: “Gearhouse is among the most forward-thinking and ambitious businesses operating within the media production industry, so this is a fantastic opportunity, and one I’m genuinely excited about. In the ten years I’ve spent here, I’ve got to know the business inside out. I’ve worked closely with Kevin for many years, have an excellent relationship with him and look forward to carrying on his good work to continue delivering innovative solutions, value and expertise to our customers.”

Gravity Media Group COO Kevin Moorhouse added: “Ed has impressed us with his management style, as well as his technical, operational and industry knowledge throughout his time at Gearhouse. Personnel development is one of our key values, and Ed is a great example of someone who has continually grabbed the opportunities we have given him. He is target-driven, and has an in-depth knowledge and understanding of our business and customers, so he was the natural choice to fill the role and we anticipate a very smooth transition as he assumes control.”

The change comes as a result of business growth which has meant that Kevin Moorhouse needs to dedicate more time to overseeing global operations at Gravity Media Group. Having secured substantial investment from TowerBrook Capital Partners to fund future expansion, GMG has focussed on enhancing its worldwide offering.

This strategy has so far included the acquisition of Input Media, one of Europe’s leading sports production companies, and the deployment of Columbus, Gearhouse’s high-end 4K mobile unit built specifically for the US live production market.

Gearhouse Broadcast will be showcasing a wide range of its services on stand 10.B39 at IBC 2017 in Amsterdam between 15-19 September.