Astucemedia plays a key role in launching FUSION
Astucemedia—a Montreal-based provider of live broadcast graphics products and services with staff in USA, Europe and an office in Dubai, UAE—integrated a live news graphics workflow at the Miami network operations center for the new TV/digital network FUSION.

FUSION is a news, pop culture and satire TV/digital network that aims to engage and champion a young, diverse, and inclusive America with a unique mix of smart and irreverent original reporting, lifestyle, and comedic content. Fusion is a joint venture between Univision Communications Inc. and the Disney/ABC Television Network. Fusion launched in millions of households nationwide on October 28, 2013.

“Since this target audience is relatively young and tech savvy, the challenge is to present graphics displays that compare favorably with the online news and social media outlets younger viewers frequent,” said Alexandre Leclerc, Chief Executive Officer of Astucemedia, in Montreal, Canada. “While FUSION successfully created a distinctive, contemporary brand identity for the innovative channel, Astucemedia brought those graphics to life by creating a live template-based workflow that would be intuitive and user-friendly for producers, journalists, and other newsroom staff.”

“It was exciting to be part of such an ambitious, groundbreaking project,” Leclerc added. “Presenting a completely different, youthful brand image required that we take a completely novel approach to building the graphics and transitions. Everything needed to be designed and executed in a fresh, bold new way so FUSION would immediately distinguish itself from the more conservative, established broadcast and cable news fare.”

In the months leading up to the FUSION launch, Astucemedia dedicated a six-member technical team to solving such mission critical challenges as integrating a Vizrt graphics system automated by Ross OverDrive system, providing operational support, and laying a foundation that can facilitate future growth and expansion. 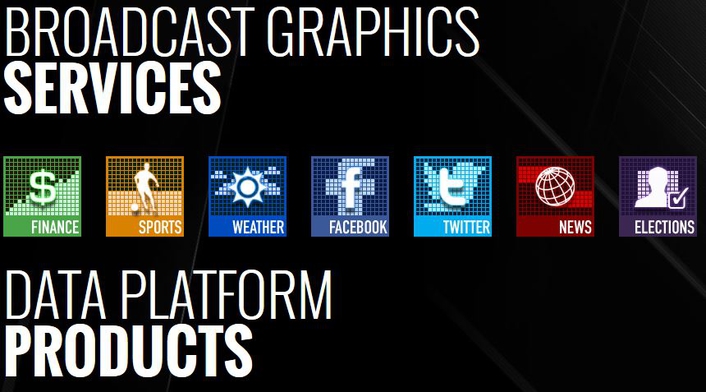 “FUSION was tasked with the audacious goal of trying to re-invent TV news for a generation that primarily gets its news from the Internet,” said Michael Berkman, vice president, creative director of FUSION. “We tried very hard to bend the rules of communicating vital on-screen information in a relevant, new way. We worked with a design firm to create an overall brand. The hard part was to translate that into a practical news package that appeared to be unlike any other.”

“Astucemedia came to Miami to work with us to create comprehensive systems for five brand new shows that our young staffers were able to learn quickly,” Berkman continued. “But as anyone in this business knows, the trick isn’t just to deliver what’s asked for, but to deal with issues that will inevitably arise with so many shows still in development. Astucemedia made rapid adjustments, additions, and suggestions that maintained our network and show branding. FUSION simply wouldn’t have been able to achieve such an ambitious launch without our partnership with Astucemedia.”