Furio Rocks "The Voice" of China 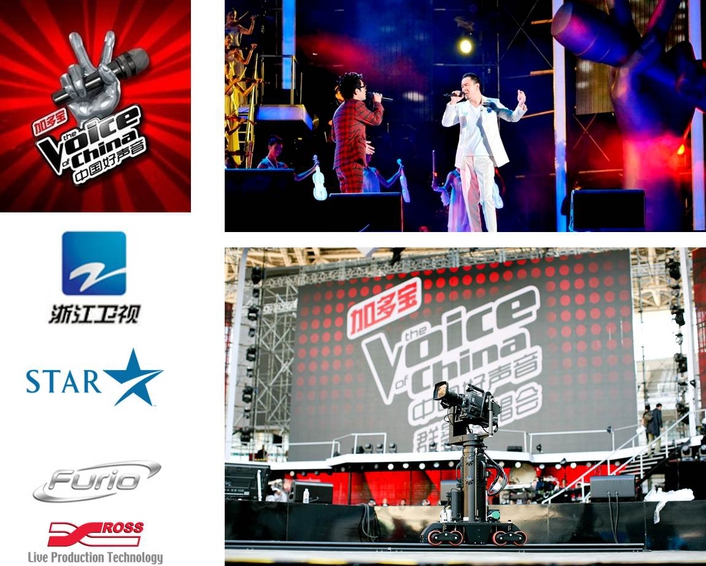 “Ross’ Furio gave us a lot of different options and flexibility on the type of shots we were looking for,” said Mr. Luo Lei, Director of Technical Operations Dept., Star China Media Ltd. “Furio allows us to have a very stable moving shot that can consist of panning, elevation and zooming all at the same time. In addition, because of the small footprint of the system, it does not obstruct the audience below the stage as well as distracting the performers on stage compared to a presence of a physical cameraman.”

“Our decision to go with Ross was made easier when we heard that other popular reality shows such as American Idol, “The Voice” of France, Eurovision Dance Contest and more used Furio for their productions,” said Mr. Luo Lei, Director of Technical Operations Dept., Star China Media Ltd. “We were confident that Furio would meet all our needs plus more for the season finale of “The Voice” of China.”

“Furio is truly a unique and ground breaking robotic camera system,” said Dae Choe, Vice President of Sales – Asia, Ross Video. “There’s quite nothing like it in the market as it provides producers and directors a completely new set of shooting options for their shows.  The end result is an innovative and fresh new look to better capture and hold the audiences attention.”