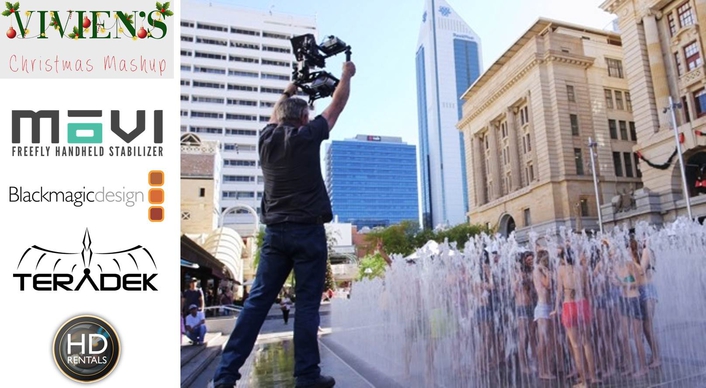 The MōVI features Freefly’s proprietary and highly advanced control software/hardware and 3-dimensional navigation avionics providing smooth stabilization and acceleration correction. It is designed for handholding camera packages up to 12 pounds/5.4kg.

Griffiths had been following the MōVI stabilizer system in trade magazines and online videos. “Immediately it was like a light bulb went off telling me to use the MōVI. I started to think of different ways to film the video. I felt like my imagination was freed up from what used to be only achievable technically to what you can imagine in a shot creatively.” 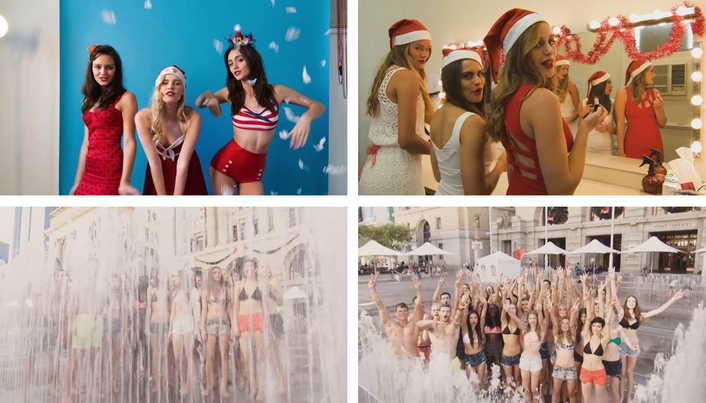 The finished video includes one highly choreographed, 1-minute 48-second moving shot, traveling room to room through the Vivien’s Models Perth office suite, with the camera being led by a succession of strutting models. “I definitely wouldn't have attempted doing a long single continuous take had it not been for the MōVI and for the expertise from Michael Elsegood and Denis Forkin from HD Rentals, who acted as MōVI techs on the shoot.”

The shoot took advantage of several of MōVI’s unique features. Due to the effectiveness of the gyro-stabilization, several camera operators were able to pass the stabilized Black Magic Cinema Camera (with a Tokina 11-16mm zoom lens) from operator to operator. In one scene, the MōVI is passed from one operator, who lifted it from just off the ground, to a second operator standing on a stepladder, with no apparent bump in the video. “It gave us a crane shot in the middle of the city with no long equipment setup time, ” explains Griffiths.

Another option Griffiths used with the MōVI was to utilize the dual operator mode, where the MōVI mounted camera is carried by one or more operators, with pan and tilt controlled by a remotely connected operator. For the Vivien’s Models production, HD Rental’s Elsegood operated pan and tilt controls wirelessly via a Teradek.

The whole shoot took six hours, with the most complex shot taking just four takes to get a pair of what Griffiths termed, winners. “I couldn't be happier, especially considering it was our first run with the MōVI.  The last few shots were done really quickly. We set up each shot, rehearsed only once and shot in one or two takes.”

Griffiths gave high marks to the quick setups and unobtrusiveness of the MōVI system. “We shot guerrilla-style once we moved onto the exterior locations around the city. Using the MōVI was invaluable for us to have a small footprint and still achieve a cinematic result. We were also able to move very quickly.”

The Vivien’s Models Christmas Video was posted online the week before Christmas at http://vimeo.com/81701915, where it became an immediate worldwide viral hit.

Live and Behind the Scenes with L’Equipe
Blackmagic Design Announc...ts for HyperDeck Studio!