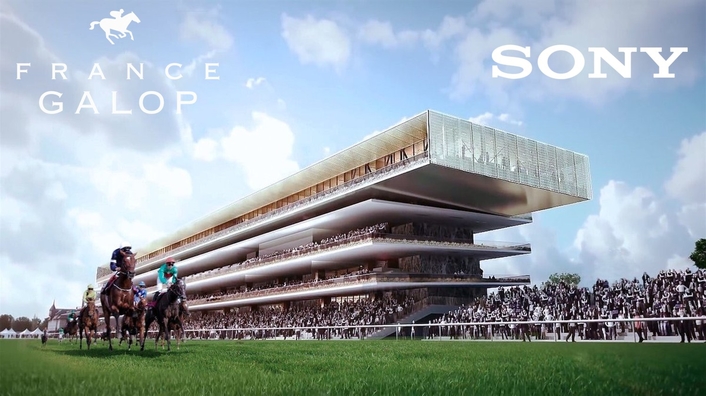 As part of the iconic racecourse’s renovation, Sony’s first IP Live production system in France will allow for greater flexibility and sustainability

France Galop, the governing body of French flat and steeplechase horse racing, has chosen Sony’s IP Live production system to modernise its coverage of horse racing. As part of a complete renovation of its prestigious Longchamp Racecourse, France Galop is now equipped with an IP production control room, allowing for greater flexibility and sustainability.

With Sony's IP Live production system having already proven itself to more than 30 systems around the world, France Galop joins these customers, working with AV engineering consultancy, MTCE Consulting and AV expert integrator, EV Corp. during the selection and installation of Sony’s solution.

“From a global perspective, since the installation of IP based production, we have been able to use fibre cabling for transporting video signals without the need for a huge HD-SDI gate and to eliminate HD-SDI/fibre optic conversion. The goal was to be able to offer a set of future-oriented IP solutions, especially for audio, intercom, KVM and video," says Kevin Bonnaud, Project Manager at MTCE Consulting. “Before we chose the solution for the racecourse, we had made a comprehensive study of the technical and financial offers on the market, a key factor was also our visit to both the BBC Studioworks’ installation of IP and Sony’s IP set-up, located at Pinewood Studios,” adds Kevin Bonnaud.

During production, Sony’s XVS-6000 multi-format video switcher offers flexibility with mixed SDI and IP production capacity. The new switcher sits at the heart of France Galop’s control room, receiving up to 24 possible sources of video across the site, which are handled by conversion gateways. Sony’s NXL-FR318 chassis and NXLK-IP40F conversion board providing SDI to IP conversion, gives France Galop’s producers the ability to evolve content from classic HD to the latest 4K standards. 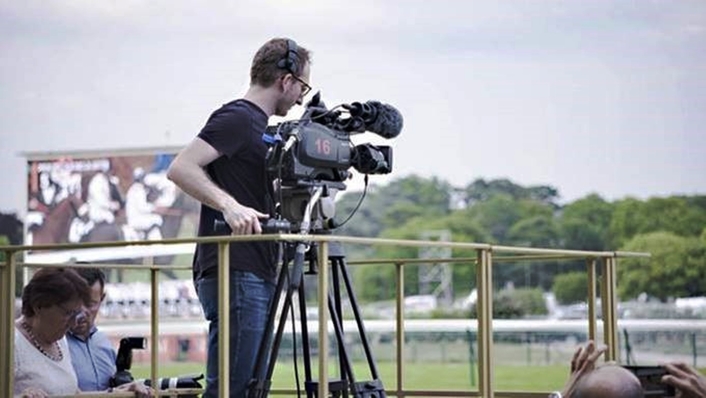 “We needed a long-lasting technology which offered flexibility, ready for an IP-driven future and possible upcoming expansion. MTCE Consulting and EV Corp. naturally recommended Sony, as a pioneer of live production and IP, as well as its maturity, expertise and interoperability with the CISCO infrastructure,” commented Thierry Migeon, Technical Leader in charge of France Galop.

The entire racecourse system is being managed by Sony’s PWS-100NM1 IP Live System Manager workstation, controlling routing, security and the bandwidth of the network. France Galop is now able to control all its live IP network, with the possibility of managing productions remotely in the future.

Sony’s installation has given France Galop the ability to futureproof its management by optimising the activity of the racecourse and post-race coverage. There are many sources necessary, including the ​​main cameras on the edges of the track, attached cameras for the stables, giant screen returns for tribunes, bettors, for weighing of the horses and jockeys, as well as for the needs of refereeing.

Thierry further explained, “The support of EV Corp. and Sony, which was one of the pioneers of IP Live production was instrumental for the delivery of this turnkey project. And, thanks to training conducted by Sony, our production teams were immediately operational.” 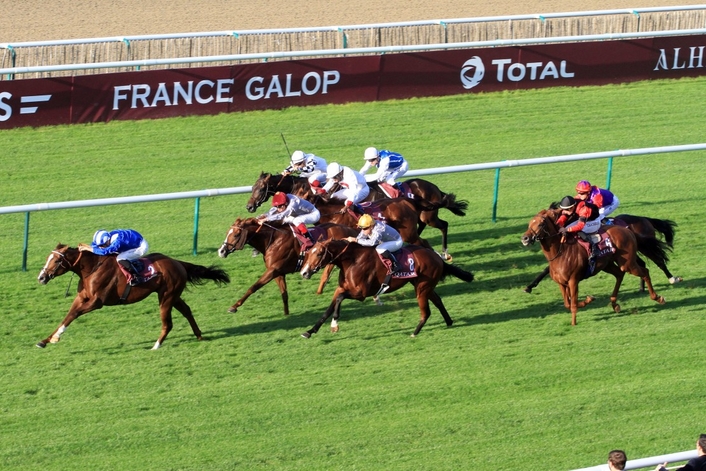 “After multiple installations around the world, the first Sony IP Production Manager in France was deployed in just a few weeks to start the new season in April. We are pleased to have contributed to the technical modernisation of France Galop’s prestigious site,” adds Nicolas Moreau, Sony’s Marketing Manager of Live Production Solutions.

"Since ever at EV Corp., innovation has been in our DNA and we are delighted having been able to offer, install and configure this turnkey solution for audio and video in IP architecture. All the actors worked together on the delivery of this beautiful project in a record time,” comments François Gazagnes, President at EV Corp..

To find out more about Sony IP Live Production solutions visit us at IBC 2018 on stand 13.A10 in the Elicium Hall, RAI Amsterdam.