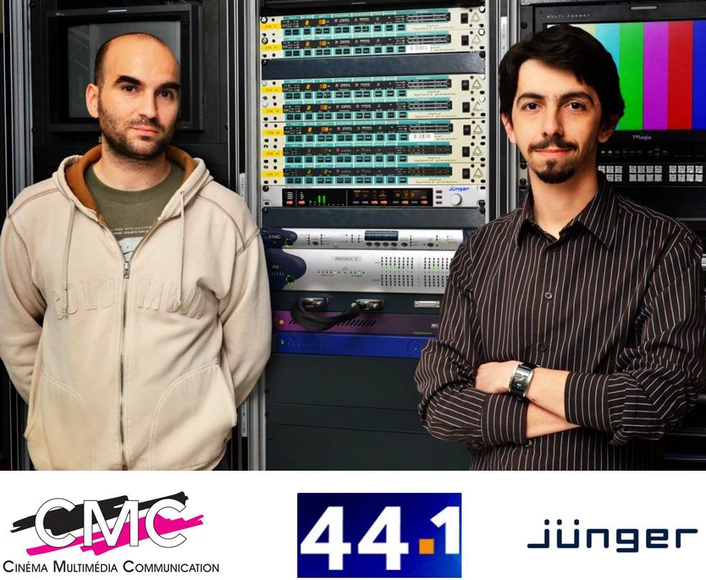 Three T*APs, which were supplied by Jünger Audio’s French distributor 44.1, were bought for the CMC video laboratories and one for the audio mixing operation.

“Our Jünger Audio T*AP units are being used to create broadcast tapes, which, in France, now need to be compliant with the EBU’s R128 loudness recommendation,” explains Daniel Almeida, Senior Maintenance Technician at MonalSystem. “We make a large number of broadcast tapes using VTRs and we needed a realtime and high quality solution for the audio loudness normalisation according to the R128 recommendation.”

Jünger Audio’s audio loudness systems support all known loudness standards including ITU, EBU and ATSC. What’s more, they use the company’s proprietary   LEVEL MAGIC™ technology, which is based on a simultaneous combination of an AGC, a Transient Processor for fast changes, and a “look ahead” Peak Limiter for continuous unattended control of any programme material, regardless of its original source.

“We tested all of the products available on the market before choosing the T*AP, and this made us realise that realtime loudness normalisation is not an easy thing,” says Jean-François Brion, Assistant to the Operating Manager and Sound Engineer at CMC. “We already knew the Jünger product range well – especially the D02 limiter/compressor – and we were quick to take interest in the LEVEL MAGIC™ algorithm. We optimised the T*AP setup over a long period of work to make the loudness normalisation the way we wanted it to be: smooth and as respectful as possible of the original sound.”

While CMC chose the T*APs primarily for the quality of their sound treatment, other important considerations were also taken into account, including the way the units would fit into established workflows at the facility.

“We also like the ability to configure the unit via a web interface and the remote control,” says Almeida. “The remote control was necessary for the seamless integration of the hardware into our working environment, and we appreciate the realtime display of the R128 measurements. It is very important for us to have a physical interface for our technicians; they can set-up the hardware with hotkeys and check the result of the loudness normalisation at the end of a job.”