Frame Rate Changes a Breeze for Nowell and Pictorvision Eclipse 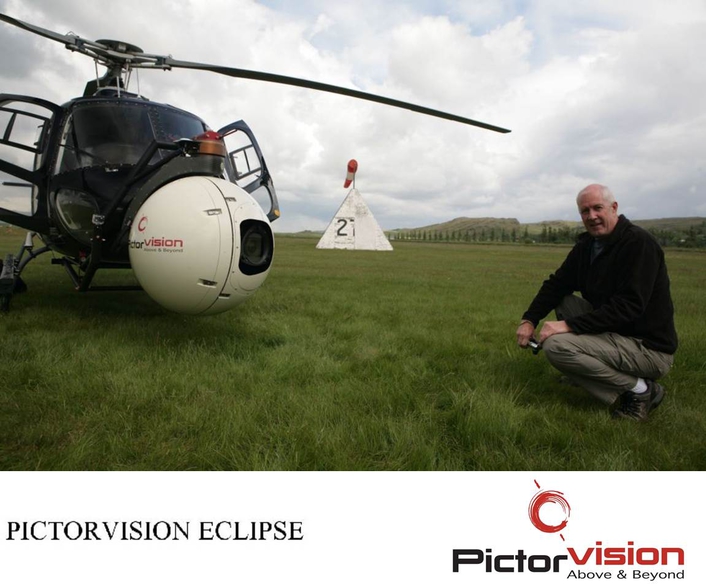 .
Aerial cinematographer David B. Nowell, ASC has been spending a lot of time in the air recently, shooting for major motion pictures. And, whether it’s been over New Orleans or New Zealand, California or Canada, New Mexico or New York, Ohio or Iceland, he counts on Pictorvision’s Eclipse to capture outstanding gyro stabilized images.

“One of my most recent assignments was over the sand, lava fields, mountains and glaciers of Iceland,” he says. “We needed to get plate shots for a special helicopter/jet aircraft that is flying through the country’s very narrow canyons. The director liked the look of cutting the frame rate to 12fps, so the look of the aircraft would be twice as fast as normal.

“With the canyon as narrow and tight as it was, it became impossible to increase the speed of the camera ship,” he explains. “Now that we were dropping the frame rate, the stability of the Eclipse became vital. Any instability in the camera platform would show up two fold.

“We had to shoot two different types of plates,” he continues. “One would be the horizon level during the entire flight through the canyon and the other banking the platform’s horizon as we flew around corners, simulating the look of a banking aircraft. The Eclipse worked perfectly.”

Nowell’s task included capturing plates similar to the canyon shots but up above the clouds, simulating the look of a jet aircraft at 600 mph flying through and around them. “This meant dropping the frame rate even less, to 4 frames per second or eight times normal flight speed,” he explains. “With the precision of the Eclipse controls, I was able to operate the system very, very slowly, to simulate the effect I needed. The stability of the Eclipse was perfect.

“The other advantage of the Eclipse is its ability to use a rain deflector,” Nowell adds. “Because the weather was so unpredictable in Iceland, we ended up using the spinner half the time, which allowed us to continue shooting. Other systems would have had to stop when raindrops hit the lens. But with the Eclipse rain deflector on, we could change to different lenses during the shoot and it simply adapted to our lens of choice. Nothing ever stopped us, we just kept shooting.”

Nowell’s exciting frame rate change shots were for a major feature to be released mid 2013. He has also shot aerial footage for recent releases such as “The Avengers”, “Savages”, “X-Men: First Class”, “Green Lantern”, and “Air Racers 3D”.