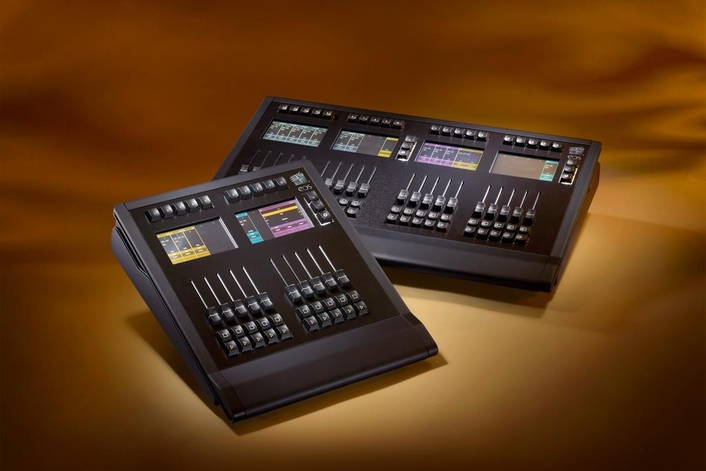 In live-programming situations, the job is all about speed. Now ETC’s Eos® family toolkit includes even more hands-on control for fast programming on the fly. The new Eos Motorized Fader Wings function as modular add-ons to Eos consoles or systems, allowing users to build the perfect control desk for any live show.

The Eos Motorized Fader Wings will be released in conjunction with the Eos v2.4 software, which is geared toward the needs of programmers working in broadcast, music and live-event markets, and other complex gigs. The upcoming software update – scheduled for later this summer – expands the types of content that can be placed on playbacks and the types of controls and mapping that can be associated with them. The Motorized Fader Wings are designed to optimise these new features, including size and rate overrides, faders that can preset to 50 percent for effect rate, and displays large enough to show the customised mapping.

Eos Ti® and Gio® consoles already include built-in motorised faders that can be used when working on the fly, but complicated shows with a lot of live components can require additional control. When speed is of the essence, programmers need easy access to their playbacks without the hassle of resetting manual faders. To facilitate this, up to three motorised wings may be connected to any compatible console, and they may be mixed and matched with the traditional Universal Fader Wings. The Motorized Fader Wings come in two sizes, with 10 or 20 faders apiece and 100 pages of playbacks. In addition to expanding the larger consoles, users can also add wings to their Ion® desks, Remote Processor Units (RPU) and Remote Video Interfaces (RVI) that run on Windows and OS.

“There was a tremendous response at USITT and especially at Prolight + Sound for a wing that gives people an expanded control surface,” says Anne Valentino, the product manager for the Eos family. “Combined with the new fader controls included in the 2.4 software release, these wings provide a great deal of flexibility and power.”

For smaller venues, touring shows and individual programmers on the go, the Motorized Fader Wing also functions as a physical accessory for portable PC- or Mac-based ETCnomad systems and backstage RVI and RPU control stations. “The Motorized Fader Wings are part of a line of accessories – including the Eos Programming Wing – that provide a physical control surface for devices without a dedicated face panel,” says Valentino. At just over 30 centimetres (12 inches) wide, the 10-fader wing in particular makes an excellent travelling companion, packing hundreds of playbacks into a small footprint that is perfect for cramped tech tables.  Wherever the job takes you, with Eos, fast programming will always be right at your fingertips.