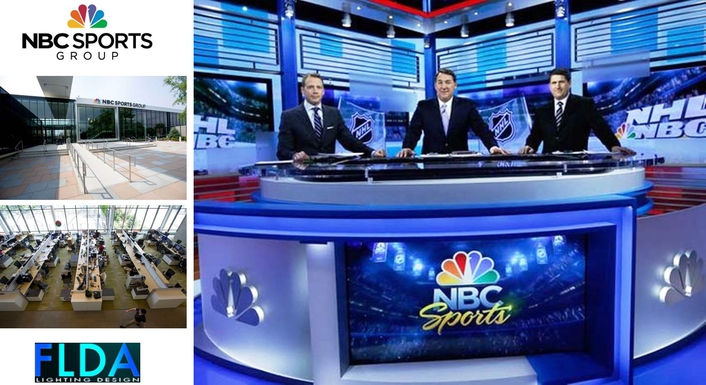 FLDA Provides Lighting Design for Centralized NBC Sports Group Studios; Use of ETC’s S4 Lekos Enables High-Quality Lighting
Ferri Lighting Design & Associates (FLDA) today announced that it has completed a year-long project to light the recently opened NBC Sports Group International Broadcast Center in Stamford, Conn. The FLDA design, which encompasses four studios and one newsroom, is the largest all-LED (light-emitting diode) broadcast studio configuration in the industry. The design has created an energy-efficient operation for what is now the home of NBC Sports and NBCSN.

FLDA worked closely with a team from Barbizon to manage lighting installation, with the first studio launched in December, 2012, and larger studios in January and February, 2013. The FLDA team, led by president and senior designer Bruce Ferri and lighting designers Mick Smith and Fred Bock, created a test network for NBC Sports Group, in New York, that demonstrated the flexibility of the lighting system. 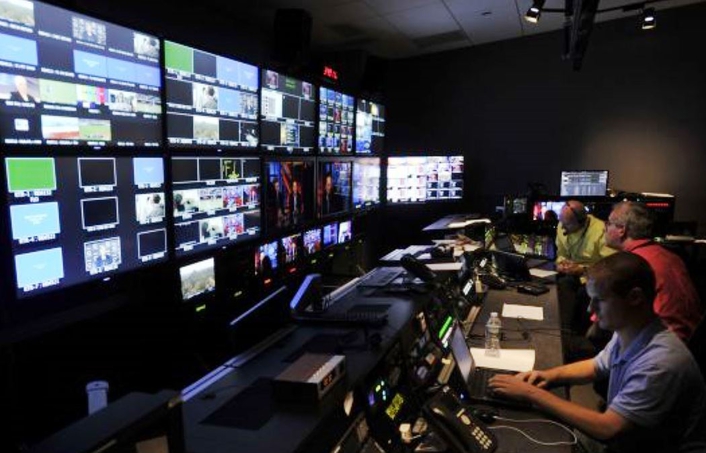 “We have a long track record with NBC, and created the first all-LED studio of its kind, with CNBC’s NYSE installation, so the NBC Sports Group presented us with a chance to create a true showcase for LED lighting in a broadcast studio setting,” said Ferri. “We were able to demonstrate that LED lighting provides high-quality output while managing energy costs.”
FLDA’s Emmy Award-winning team has achieved renowned reputation for its sports studio installations over the years, including multiple designs for ESPN, the MLB Network, and others. FLDA has a long history with NBC, including groundbreaking work for CNBC, MSNBC, as well as NBC Nightly News, ‘Saturday Night Live,’ and ‘The Today Show,’ among others.

“Thanks to the help of Ferri Lighting Design, and our other construction partners on this project, we were able to get our state-of-the art international broadcast center up and running in less than a year,” said Mike Sheehan, Coordinating Director, Olympics Production, NBC Sports Group. “The FLDA delivered superior designs for optimum creative output and flexibility.” 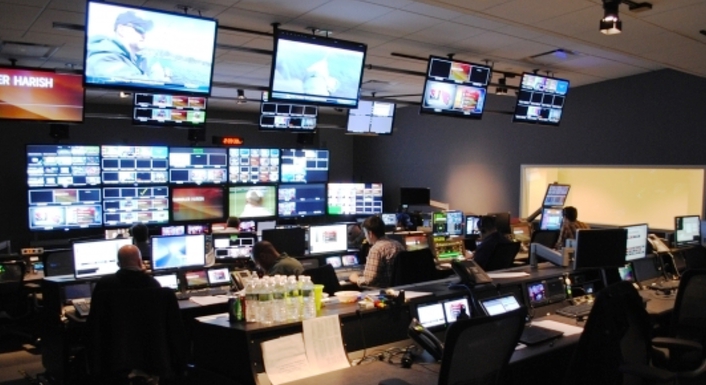