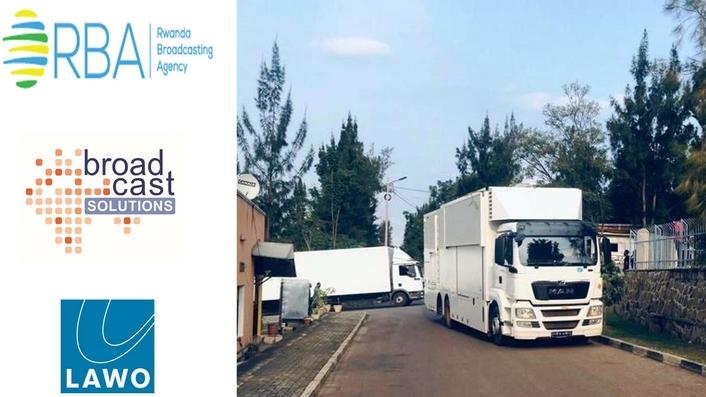 The first S12T Streamline OB van for the African continent has been successfully delivered to Rwanda Broadcasting Agency (RBA). Built and outfitted by Broadcast Solutions in Germany in a mere three months, the Streamline S12T is a truck/box body combination with one extension for up to 14 workplaces. Accommodating up to 12 cameras, which is unique in this segment, it also features the first Lawo mc²56 MkIII console for the African continent.

Arthur Asiimwe, Director General at Rwanda Broadcasting Agency, on the rationale behind RBA’s order: “We were looking for a flexible OB truck that is easy to deploy and to operate. The vehicle’s fast delivery time and perfect price-performance ratio were further decisive criteria for contracting Broadcast Solutions with the production and delivery.” 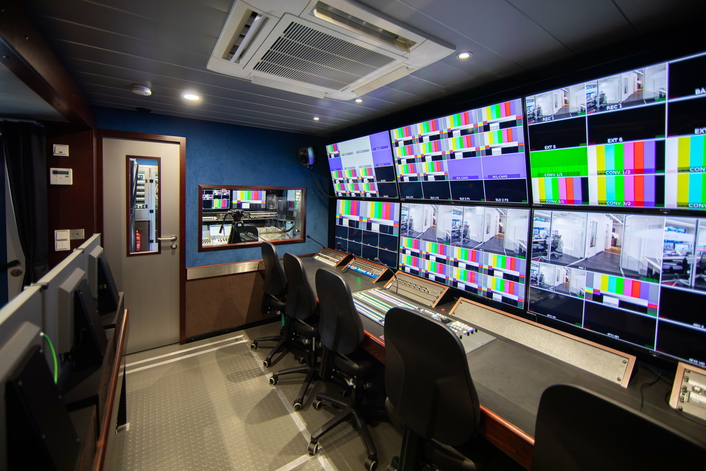 At the heart of the vehicle’s audio section, Broadcast Solutions installed a Lawo mc²56 console with 32 channel strips and a Lawo Nova73 compact core router to provide a flexible user interface with a host of control options right at the audio engineer’s sweet spot. The mc²56’s pristine audio quality and full support of the open RAVENNA/AES67 and ST2110 standards were additional arguments to select the mc²56. 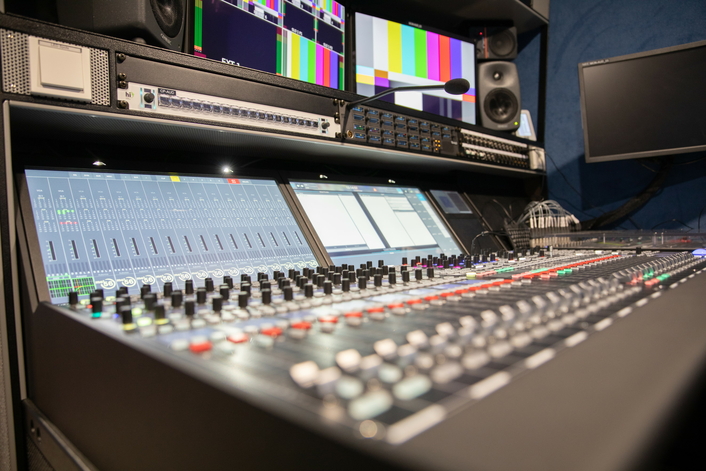 Ralf Schimmel, Lawo’s Sales Director for the African continent, commented: “Lawo is delighted with RBA’s choice of an S12T truck and the decision to equip it with an mc²56 console alongside other top-spec gear. With well over 1,200 models sold, Lawo’s mc² series has been a staple for OB trucks built in Europe and used the world over—and now Africa is following suit. That this should be in Rwanda, which has been avidly adopting technological evolution, comes as no surprise.” 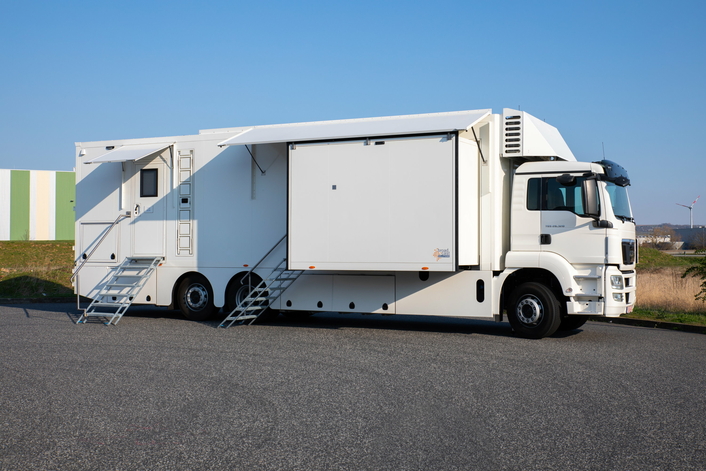