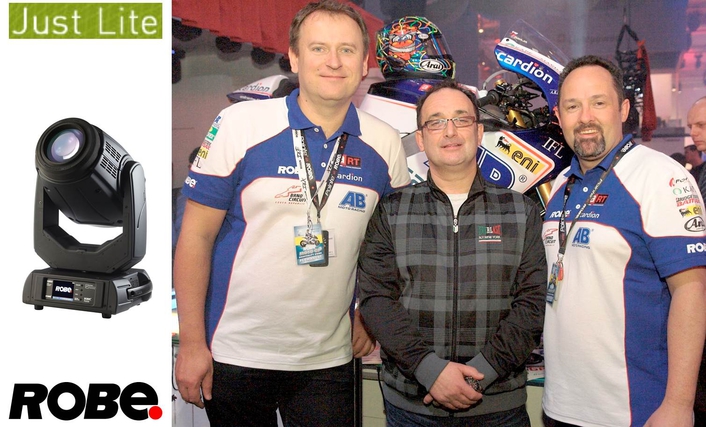 The much-anticipated product was officially launched by Robe at the 2013 Prolight+Sound  exhibition in Frankfurt. The initial round of confirmed orders - just at the show alone - have been phenomenal!

Just Lite’s Paul Smith was one of those visiting Frankfurt to ensure that  his order for the company’s first 12 Pointes was at the top of the pile to be processed. They will be supplied by Robe UK.

Smith got straight to the point when asked why he’s buying the fixtures. “I needed a small multi-purpose unit that was versatile and did many different things – which is exactly The Pointe – in fact, it does so much more than it says on the tin!”

The Pointe is a new hugely dynamic beam, spot and wash fixture from Robe - small, super-bright and very fast with an intense and sharp parallel beam …. plus a host of features making it a truly unique and versatile lightsource.

A 5 – 20 degree zoom for spot applications or 0° parallel beam for ‘pure’ beam applications / effects has full focus control, and there is also variable frost, two separate prism effects, a rotating and a static gobo wheel and inbuilt colour wheel.

The lightsource is a 280W Osram discharge lamp, making the Pointe ideal for creating WOW factors on a large or small scale whilst also embracing Robe’s ‘smaller, lighter, brighter’ and more eco-friendly philosophy.

Special characteristics include incredible speed and an impressive list of additional creative elements like the zoom, linear and circular rotating prisms, rotating and static gobo wheels … all of which put it in a class of its own!

A custom homogeniser works with the rotating gobos to spread the light evenly and achieve optimum projection quality across the full image. The variable frost effect instantly transforms the output into that of an efficient wash light.

Just Lite already owns over 400 Robe moving lights, and has invested enthusiastically in the brand right from the start of Robe’s spectacular rise to being a leading European manufacturer.

Recalling his first ever Robe purchase Smith says, “I bought six ColorSpot 250s, installed them at the Ambassador’s Theatre in Dublin and then forgot they were there for three years – we literally never had to do anything to them – they just worked and worked day-in-day-out”.

Smith knows first hand through their own experiences there are no questions needed to be asked about reliability, or indeed the excellent service and after-sales support he receives from Robe UK.

The new Pointes will be used on the upcoming “Forbidden Fruit” festival in Dublin and on a host of Red Bull events through the summer. “They are most definably very Red Bull,” he remarks, concluding “I love them!”

Robe UK’s Ian W Brown who closed the deal adds, “I have been dealing with Just Lite for over 10 years and seen them grow from primarily servicing a domestic market back then to a full international operation working all across the UK and Europe.” 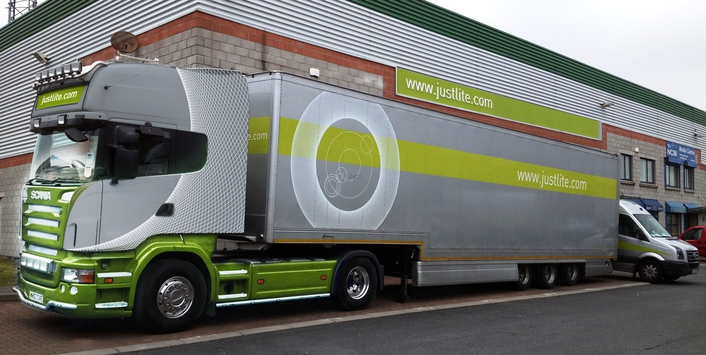 One of the unique things about Just Lite is its comprehensive transport infrastructure, including their own trucks and all the relevant international licences.

Paul and Alan Smith have always been proactive in embracing the latest technology as it’s come on-stream … and here they are doing it again with The Pointe!

Robe in Clash of The Choirs, Soweto
Robe is Ultra Impressive!
First Robe WashBeams on Tour in UK