First Deployment of oratis and Dante in Duisburg 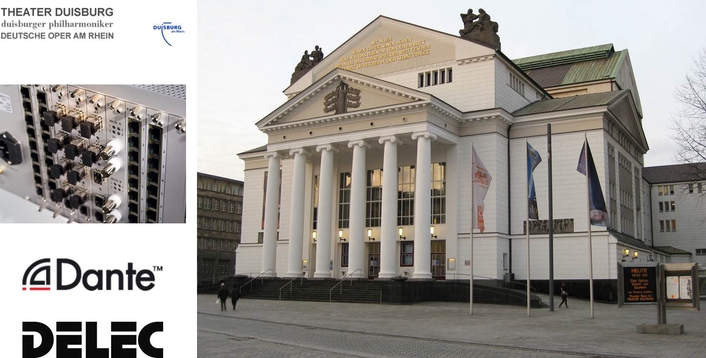 .
The Duisburg Theatre in the German Rhine-Ruhr Metropolitan Region has equipped its venue with a new stage management system composed of DELEC intercom components. It is based on the oratis line and equips the venue to deal with future technological developments in the years to come.

The Duisburg Theatre also uses the oratis IF Dante card, which makes it possible to transmit audio signals over an IP network. This has enabled some of the traditional wall boxes to be replaced with modern, network-based signal distribution using format converters. 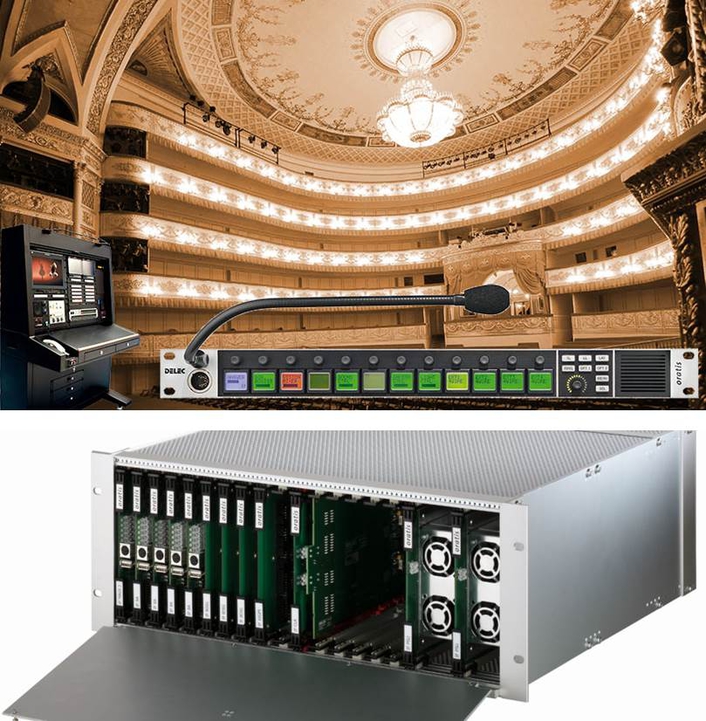 The oratis IF Dante card is already used for signal routing in several theatres around the world. In Germany the theatre debut for this innovation is the installation in Duisburg. Apart from supporting theatre sound systems the DELEC IF Dante card is also used widely in many other fields of professional audio.

Another notable feature of the Duisburg system is the large number of GPIO contacts used to control the traditional cue light system in the building. The system operates with 17 DELEC GPIO32 modules, which together offer 544 GPIO contacts in total.
The new DELEC system has been coordinating performances since the start of the new season.