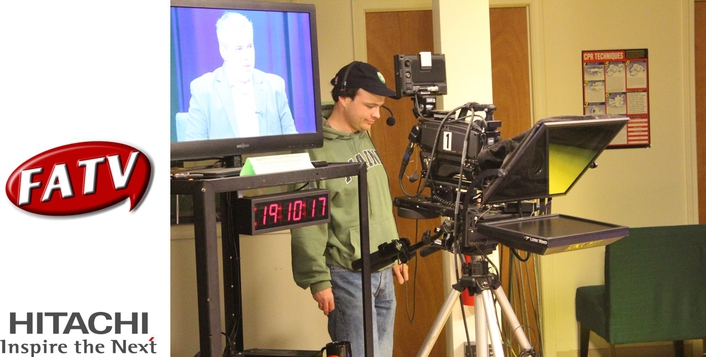 “The cameras we had initially purchased from another supplier when we upgraded to HD weren’t meeting our needs for on-site, live production,” said Scott May, executive director at FATV. “Not only were they proving cumbersome from an operational perspective, but the quality of our end productions was being compromised.”

Four HITACHI Z-HD6000 cameras are now dedicated to FATV’s mobile truck – with a fifth unit deployed as needed – and the improvements were immediate. “My favorite benefit is probably the HITACHI cameras’ simplicity,” explained May. “Our previous cameras were complicated and time-consuming to set up in the field, requiring a lot of effort by our full-time technical staff. The Z-HD6000s make it easy for our camera operators to quickly do it themselves, freeing our technical team for other tasks.” 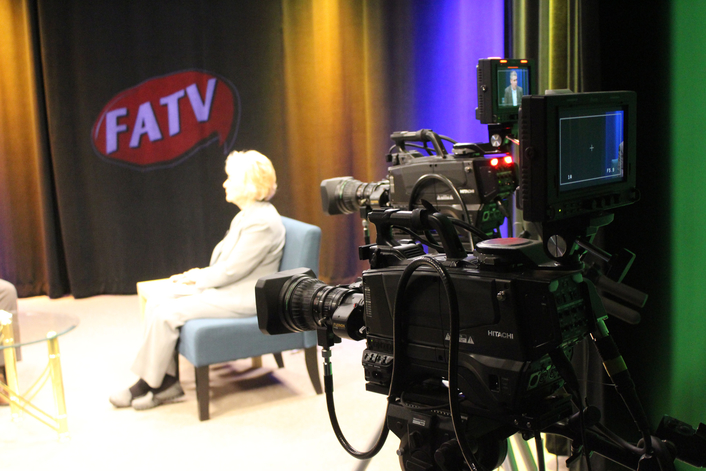 Remote access to the Z-HD6000’s extensive image controls is bringing both operational and visible benefits to FATV’s mobile productions. “Our previous cameras did not allow remote control of picture settings, making it difficult to adjust for changing outdoor lighting conditions,” May recounted. “The burden of those adjustments was on the camera operators, which was difficult – especially for inexperienced volunteers – since they were focused on keeping up with the action. With the HITACHI Z-HD6000 cameras, CU-HD500 base stations and RU-1000 remotes, we’ve been able to move image control to the technical director in the truck or control room, enabling much better results.”

Very impressed with the switch to HITACHI cameras for mobile production, FATV then upgraded its studio cameras to Z-HD6000s, with its educational partnerships a key motivating factor. The station offers an accredited, multi-camera video production course through its relationship with Fitchburg State University, as well as working closely with the public school system. “We make a significant investment in education, and we decided to move up to industry-standard cameras in our studio to give students a better learning experience on products they’re likely to run across professionally,” said May. “Their hands-on time with the Z-HD6000s will benefit them in their broadcast careers.”

The exceptional quality enabled by the Z-HD6000’s three 2/3” MOS sensors and advanced digital signal processing is also delivering visible benefits to FATV’s audience. “While the quality improvement is noticeable even on our standard-definition broadcasts, it’s particularly impressive on our high-definition online streams,” May praised. “We regularly get comments from our viewers complementing our quality.”

May’s satisfaction extends beyond the cameras themselves, to the service and support that the station has received. “Hitachi Kokusai has been a very good partner – very helpful, and always there for us,” he summarized. “I’m more than happy that we made the decision to switch to the HITACHI Z-HD6000s. The difference from our previous cameras is night and day. They’re a great product, and a great fit for our needs.”