The city of Marseille – which hosted seven championship matches – entrusted local production company Drone Immersion with capturing memorable moments from within the FanZone. Located close to the Velodrome stadium, the zone was equipped with three large screens and had a capacity for up to 80,000 fans.

During the championships, Drone Immersion made extensive use of Blackmagic product on the ground in order to produce a live program of content that was streamed across the city’s social networks. “From the arrival of fans to the singing of national anthems, we were tasked with capturing all the best moments in the build up to and during matches,” explains Sébastien Luciano, co-founder and editor at Drone Immersion.

Inside the FanZone Drone Immersion had two camera operators filming on gimbals equipped with the Micro Cinema Camera, while a third operator moved about the crowds with a shoulder mounted URSA Mini 4K shooting handheld material.

“The URSA Mini is currently one of best in the industry in terms of ergonomics, handling and cost-effectiveness. It’s well designed, robust and includes all of the features required we require for live production purposes,” according to Luciano. 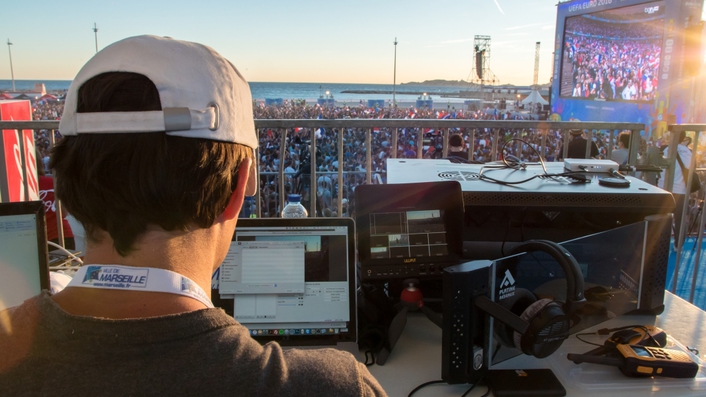 Drone Immersion equipped the media platform with two URSA Mini 4K cameras on tripods in order to allow it’s production team to shoot one to one interviews with special guests and fans. Both cameras were equipped with a telephoto lens, enabling the operators to capture additional close up and wide shots of the crowds from a raised vantage point.

According to to Sébastien, cameras in the crowd as well as a drone operating above the FanZone were all linked to a Blackmagic ATEM Production Studio 4K switcher in the media zone using a UAV wireless video link. “An UltraStudio 4K Extreme allowed these feeds to be captured in HD 1080p50. There was zero latency on the video, however we had to capture audio directly from a microphone via the ATEM’s XLR inputs,” he adds.

The program mix was then encoded in H264 and streamed across the City of Marseille’s various social media networks while at the same time recording a copy of the final program mix in ProRes to SSD using Blackmagic’s HyperDeck Studio Pro. 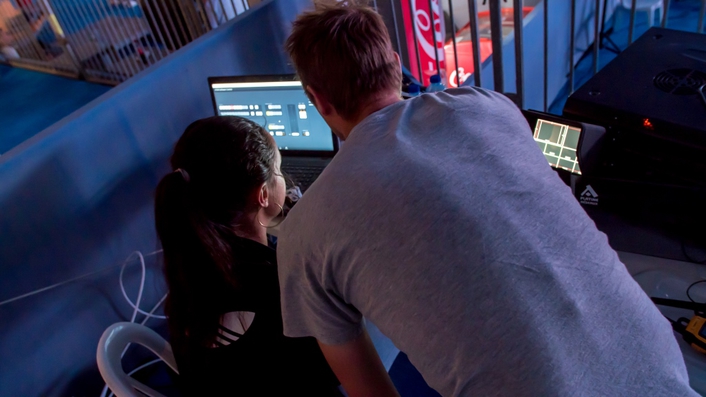 Drone Immersion has previously used Blackmagic’s production switchers on other projects. “We already had an appreciation for the ATEM’s powerful features as well as its easy plug and play style,” concludes Luciano. “This switcher was really intuitive. It allowed us to mix SDI and HDMI sources very easily. Furthermore, its price to quality ratio is unbeatable!”