German manufacturers G&D feel very much at home in especially safety-related control rooms. For decades, their products have been proving their high quality in these environments. But the use of KVM does not only significantly improve the operating sequences. Sophisticated redundancy concepts make the entire installation absolutely fail-proof.

KVM technology plays an integral part with regard to safe and easy-to-operate system structures. The abbreviation KVM means keyboard, video and mouse and stands as a synonym for computer interfaces. The special feature about this technology: Based on hardware, KVM systems pick up computer signals at the interfaces from where they are extended and distributed. The advantage: Computers can be operated without any delays even over great distances and from different workplaces while, at the same time, users are able to operate multiple systems with only one set of keyboard, mouse and monitor. And all of the above works independently of any operating systems or additional software.

Facilitating operation for users
The first advantage lies in the optimized operation. KVM systems make it possible, for example, to keep an overview of multiple systems on multiple screens as is typical for applications in control rooms. The fact that individual systems do not require an individual set of keyboard and mouse comes as a big advantage and keeps the workplace clearly arranged. The desired computers can be manually selected by pressing a key or intuitively via G&D’s CrossDisplay-Switching: Here, the KVM system simply follows the mouse pointer. When moving the cursor across the edge of a screen, CrossDisplay-Switching switches the focus of keyboard and mouse to the computer source of the adjoining screen.

With such features, simplified operation already offers the first big plus with regard to safety: Users are able to quickly access their systems at all times.

Safety functions for monitoring systems
But when it comes to safety, systems from G&D have much more in store. First there are the KVM components per se. G&D does not make any compromises with regard to quality. Thus, all newly developed systems have to run through comprehensive tests, which ensure that any novelties can be operated reliably once they are launched. The parts of the on-going manufacturing must undergo an end test as well to maintain the consistent high standard. To make sure that the products are ready to be operated 24/7 over many years, the company has been certified according to DIN ISO 9001:2008 – a standard that cannot be taken for granted even for products made in Germany. 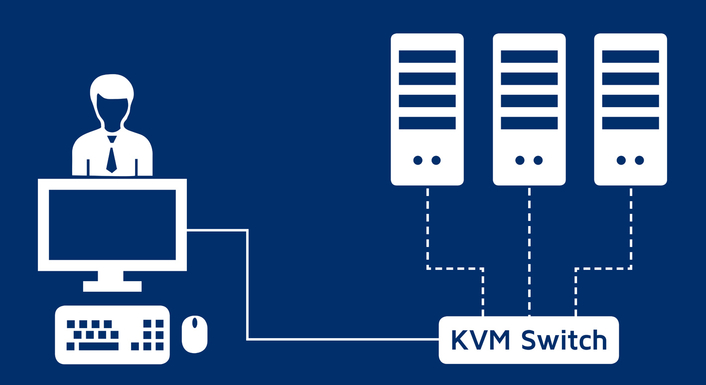 Easy availability of fallback systems: A KVM switch enables to easily operate several systems from one single workplace. Thus, users can simply be switched to a redundant system without having to interrupt them in their work

For mission-critical applications G&D have further expanded their portfolio to include even more safety features. Thus, their systems provide comprehensive monitoring functions. These functions do not only monitor the KVM system, but are also able to detect if the connected computers are powered on and if a video signal is available. In case the video signal fails, G&D systems always provide the image last displayed on the monitor. This way users are able to provisionally continue their work with static information instead of having to wait in front of a blank screen.

Redundancy concepts for absolute reliability
To ensure absolutely fail-proof systems, KVM installations offer the great possibility of establishing consistent redundancies. G&D have developed these concepts as part of a long cooperation with Air Traffic Controls, but also in applications in traffic management or emergency services.

The easiest concept can already be implemented by using a KVM switch: The switch lets you connect a primary and a redundant installation without the need of an additional software layer. Within a split second users can now switch to the redundant system simply by pressing a button. Expanded concepts even carry out such processes automatically.

But even with complex systems, G&D offer comprehensive options to establish redundancies. By now, KVM matrix installations are applied frequently in control rooms. Here, multiple computers and workstations are connected to a central switch. Thus, the system becomes more flexible since each workstation has access to each computer. This facilitates the cooperation between team members because it is possible to share screen contents, hand over processes to colleagues and implement large screen projections. 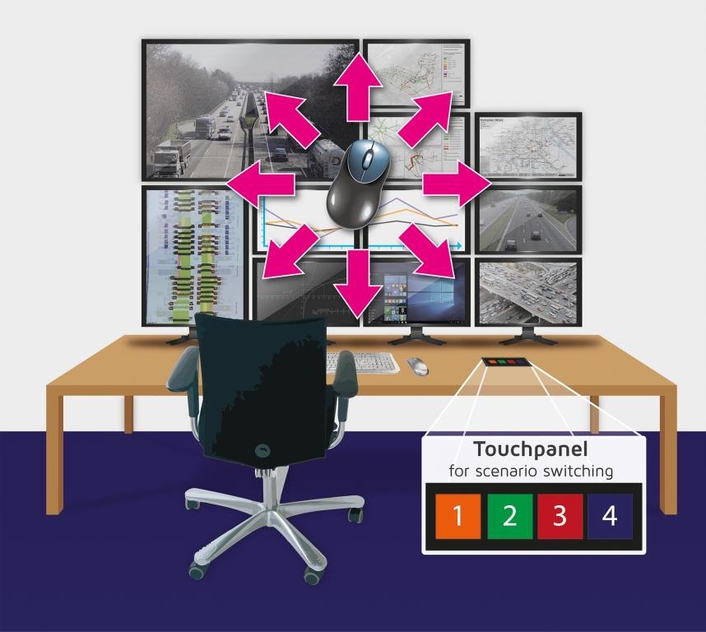 Operation without distraction: The CrossDisplay switching from G&D doesn’t stop at unusual monitor configurations and multihead graphics cards. This means that the user can work intuitively, as the switching process simply follows the mouse pointer

However, such a central switch might be considered a single point of failure. But it doesn’t have to be! G&D components make it easy to establish redundant clusters. This means that the computer signals can be distributed to two simultaneously working matrix systems. If one of the systems fails, the other one takes over. A recently implemented function called “Auto-Switching to Alive Cluster” automatically switches the user console to the backup installation in case the system fails.

Overall, G&D KVM systems offer many possibilities to not only make the operation for users in control rooms significantly easier. Furthermore, even complex installations can be designed in an absolutely fail-proof way. The team of G&D will gladly advise their customers on the best solution to reach their individual goals. In addition to other events like BroadcastAsia in Singapore, the company will present their equipment at the Critical Communications World in Amsterdam, 31/05 - 02/06/2016.