Etisalat to Go On-Air with a 20-Channel Playout Center

Qvest Media ensures overall technical implementation
Etisalat, with more than 100 million customers one of the world’s largest telecommunications companies, has commissioned the broadcasting system integrator Qvest Media with the construction of a multi-format playout center for the production and transmission of nine playout channels. With this move the telecom operator, which owns a cellular network as well as one of the largest Internet and IPTV networks in the whole Middle East region, is pushing ahead with the organic growth of its triple play strategy in the TV sector.

With the expansion of its service spectrum, Etisalat will be offering national and international TV stations as well as feed suppliers a fully equipped infrastructure for handling their broadcast management. The company will also be reserving part of its SD/HD playout channels for customers who not only want to distribute their signals but also want to edit their content. To achieve this, Etisalat will offer a fully equipped production and editing platform – comprising quality check for audio and video and on-air graphics together with transcoding and archiving systems.

After an international tendering process spanning several months, the system integrator responsible for the technical implementation of this project has now been appointed: Qvest Media FZ LLC, based in Dubai, has received the go-ahead from Etisalat for the role of general contractor in planning, construction, commissioning and support for the on-air phase of the entire project. Qvest Media is therefore once again highlighting its strong position in the implementation of the world’s most high-profile system integration projects. The company particularly impressed Etisalat with its sophisticated technical concept which combines the customer’s requirements in the most effective way possible. One of the particular challenges is to equip the technical environment with a workflow that is as easy and intuitive as possible for alternating operators. Another challenge is to make the platform as compatible as possible for various standards and formats, so that Etisalat can offer an infrastructure that adjusts seamlessly to even the most diverse production and broadcasting requirements. To accomplish this, Qvest Media will specify the system components and processes of the central media asset management system (MAM) VPMS. The cross-functional control will systematically be pursued in all areas such as ingest, playout, central storage, studio automation as well as video, audio and graphics editing. 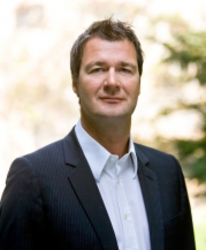 “The order from Etisalat once again highlights the growing convergence of the media,” says Peter Nöthen, Managing Director of Qvest Media. “The classic separation into various types of network operators is now truly a thing of the past. NTT in Japan, Verizon from the USA, Deutsche Telekom and even the major cable providers – all the leading infrastructure providers have long since adjusted to the interaction of telecommunications, TV and the Internet, and are expanding their business strategies massively on this basis. For us, this has opened up a market with new customer segments for which we thoroughly prepared ourselves years ago with the creation of internal expertise.”

Consequently, Qvest Media can cite a raft of similar international projects as references – such as for the Al Jazeera broadcasting network – and has a strong network of partner companies. Its affiliation to the German Wellen+Nöthen Group gives the company access to more than 100 international producers of broadcasting and IT technologies. This enables Qvest Media to set up an infrastructure for Etisalat that is based on products only from the world’s leading manufacturers. In the first stage Qvest Media will set up the environment for nine operating playout channels. The entire new infrastructure and technology is all over prepared to go on-air with up to eleven additional playout channels with minimum of set-up time. The environment will essentially comprise the following systems:

Even during the sourcing phase, Qvest Media will begin preparing the on-site premises for the later system integration. Among others, this includes the manufacturing and integration of customized studio furniture. Qvest Media has also been commissioned with putting all systems into operation following the integration phase, as well as providing ongoing maintenance support for the playout center.