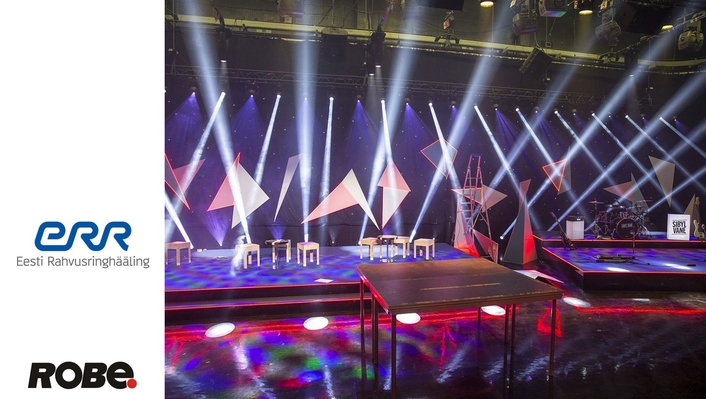 Estonian Public Broadcasting (ERR) has recently invested in new Robe Spiider and DL7S Profile LED luminaries for their main studios in downtown Tallinn, where they are “making a big impact” in both of the principal studios, and across several genres of  television explained Mihkel Robam, head of the organization’s busy AV department which includes lighting.

Mihkel and his team have been using Robe moving lights since the original workhorse ColorSpot 1200E AT range. More recently they went over to LED, initially with a purchase of LEDWash 300s and now with the latest – 16 x Spiiders and 16 x DL7S Profiles.
Being a state run organisation, investments go in line with the cap ex spending cycles, and they are also keen to reduce their carbon footprint as much as possible.

The latest Robes were used in “Ajujaht” (Brain Hunt) a reality show / competition that looks for the best new start up ideas. This was recorded in two studios, the main one where the teams of finalists pitched their proposals live to the judges, and Studio 4 which acted as a green room, Eurovision style!
The lighting for this was specified by the series’ lighting cameraman Raul Priks and director Krista Luts, and the show was produced by Hannela Lippus, with Mihkel assisting Krista as the vision mixer.

“They are the best” declares Mihkel talking about the DL7S Profiles. “The fixture has everything you need for television - lots of power, nice shutters and an excellent zoom”.
The Spiiders are used in many multi-purpose scenarios. “They are really great to look at aesthetically and also generally excellent all-round lights for live television” he comments, plus the inbuilt Lumen Radio wireless DMX transmitter offers another whole range of control / access possibilities. 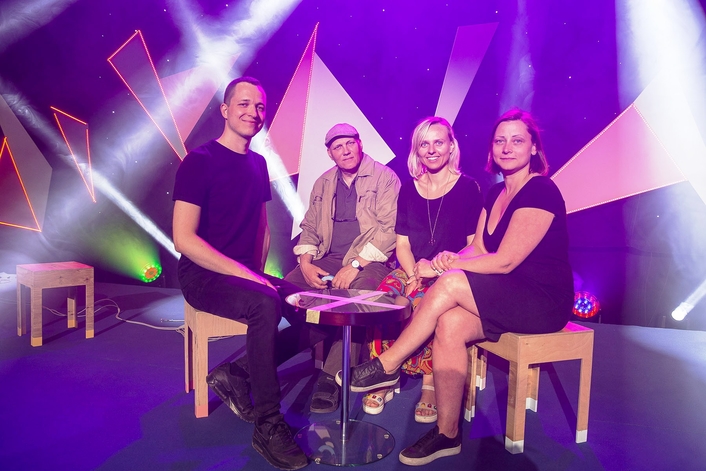 The DL7S Profile is “perfect” for key lighting and they are finding all sorts of uses for the Spiiders including talk shows, where they can bring an extra edge to the visual picture.
Being government funded, ERR has to justify clearly why it’s necessary to spend funding money and purchase specific items.

For these luminaires, they felt it was time to replace the old ColorSpots after a great run and still going strong. “We still used them but just not as primary lightsources” explained Mihkel.
They will also cross rent their Robes when not needed in the studios, mainly to the country’s three top companies Eventech, E&T and CuuClub which gives a faster ROI and an additional income stream for the lights during down times.

They chose Robe because of the history with the brand and they felt it offered the best quality, reliability and the most flexible options. The great service and support from distributor E&T was another factor.
The transition to LED means they are now saving on lamp replacement and other peripherals, making the option a lot more cost-efficient and future-proof as well as greener and more environmentally conscious.

The Robes are used across all five active TV studios. Studio 5 is dedicated to news, and the other two for a succession of morning and evening magazine programmes. The two main studios are also rented out on occasions for external events.
“Robe has a great brand image right now ... especially when I look at all the new products coming on stream, I always look at Robe first – they are leading the trends” confirms Mihkel.

ERR TV studios were originally built in the 1950s and what is the currently biggest studio was added in the 1980s as part of the media facilities to accommodate coverage of the 1980 Moscow Olympics, when Tallinn hosted the sailing competitions. 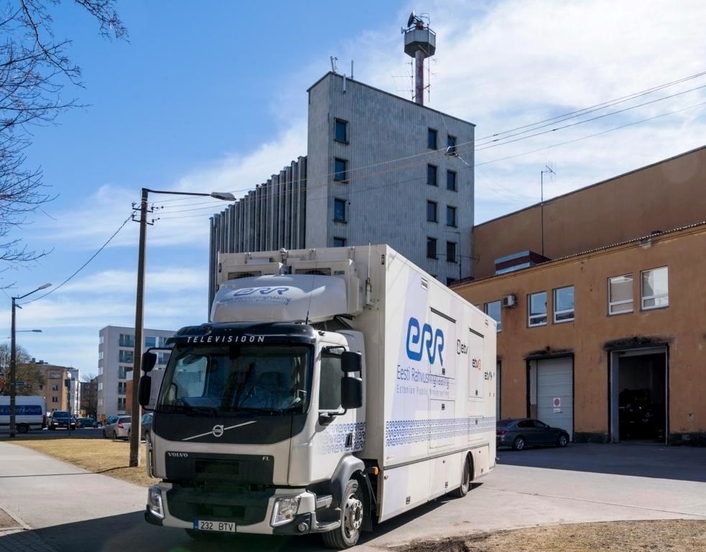 They still have a large working compliment of original Soviet era 2K fresnels - built to last a lifetime and withstand nuclear fall-out – although those original Robe ColorSpots are going to give them a good run for their money in the longevity stakes!