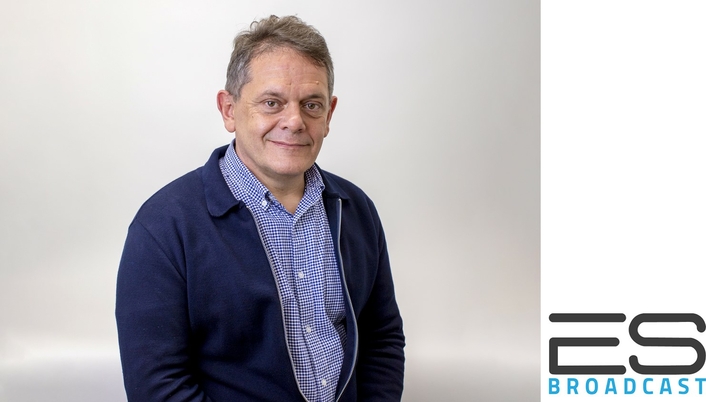 ES Broadcast has appointed former NEP UK & Ireland Engineering and Technical Director Rob Newton as its Head of Technology. He joins the systems integration, equipment sales and rental specialist after more than 30 years with NEP

The appointment will see Newton work to a broad remit across all major channels of ES Broadcast’s business, in tandem with the company’s existing technology specialists. He will help drive the technical design and implementation at all stages of a project from scoping to delivery, with responsibility for identifying and designing pioneering broadcast solutions for clients from across the broadcast spectrum.

Newton’s career has seen him play a key role in introducing numerous ground-breaking technological advances to the industry, including designing the first HD outside broadcast truck to enter the UK market in 2001. He oversaw NEP UK’s move to HD for Premier League football coverage in 2004, as well as the step up to UHD in 2016 and remote production in 2019. He has also been heavily involved in the adoption of HD for productions as diverse as news channels and popular reality TV shows.

A veteran of two Winter Olympics and four Olympic Games including London 2012, at which he oversaw technical delivery across several competition sites, Newton also pioneered NEP UK’s move to IP, designing and delivering five IP-based OB trucks. In 2018 he designed and implemented a modular IP flyaway solution consisting of 24 galleries connected to a fully redundant IP core for a major tennis event, which was the largest SMPTE ST2110-based solution of its kind in the world at the time.

“We are delighted to have secured the services of someone who has been at the forefront of technological innovation in the UK broadcast market over the last two decades,” said Ben Murphy, Managing Director of ES Broadcast. “Rob has worked on practically every major British TV event in that time, as well as many overseas ones. He will bring even greater depth to the technical knowledge within our team. His appointment is a massive coup for ES Broadcast and underlines our commitment to deliver the very best in innovation, design and user-focused solutions to our clients.”

“I am excited to be joining ES Broadcast at a time when the company is making huge strides forward in terms of its continued growth and ambition,” Newton added. “As a former client, I have seen first-hand the impressive expansion of the company in the last few years. I am looking forward to helping the company to diversify its service offering even further, and to realise the vision of the leadership team.”