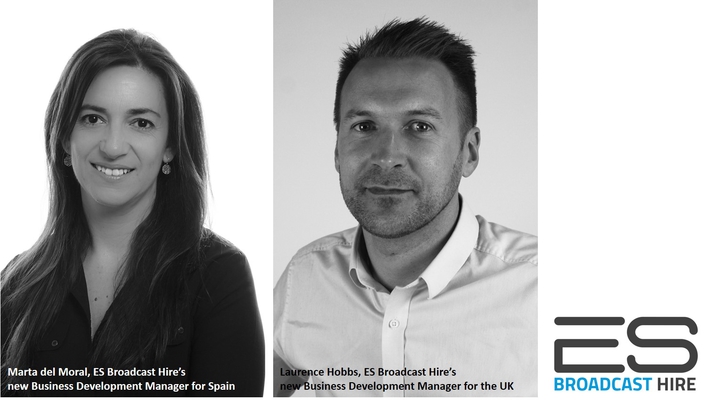 Outside broadcast equipment hire specialist ES Broadcast Hire has expanded its operations with the opening of an office in Madrid, Spain, and the recruitment of two regional business development staff.

The Madrid office expands ES Broadcast Hire’s offices in Europe to four, along with London (Watford), Manchester and Munich.

“Having made significant investment in 4K technology, including cameras, lenses and production servers which are the first of their kind available for hire in Europe, we are keen to reach new markets and clients both in the UK and Europe. Opening the Madrid office and expanding our business development team is a key part of that strategy,” said Warren Taggart, Managing Director of ES Broadcast Hire.

The Madrid office will be headed up by Marta del Moral in her role as Business Development Manager in Spain.

Del Moral has previously worked for Madrid-based DRAC Broadcast Services, where she spent 10 years as Production Manager.  She has also worked in the production department of a number of advertising firms in Spain, as well as in sales and marketing roles.

“Marta’s extensive knowledge of the broadcast industry in Spain will be invaluable in introducing our HD and 4K hire services in this new market,” said Taggart.

Meanwhile, Laurence Hobbs has joined the company’s London headquarters as UK Business Development Manager for the UK. Hobbs joins ES Broadcast Hire from Presteigne Broadcast Hire, where he worked on the hire desk for 10 years.

“Laurence brings with him a wealth of practical experience across OB, studio and AV hire,” said Taggart. “His ability to build new client relationships will be a great asset to the team as we look to broaden our UK hire operations further – both for HD and 4K productions.”