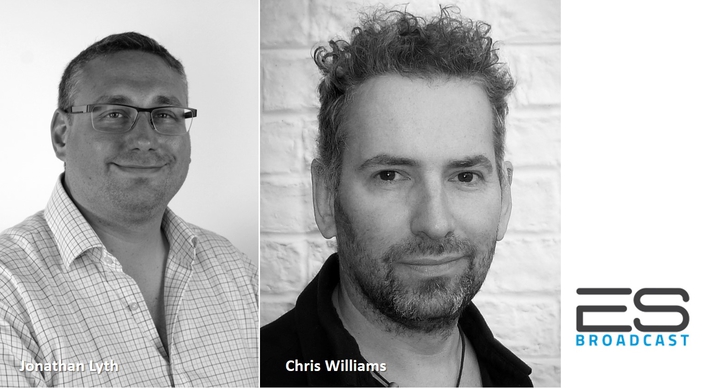 Lyth joins as Technical Director, while Williams takes up the role of Projects Director.

Williams has project-managed a number of ES Broadcast’s SI projects in the last 18 months in a freelance consultancy capacity, while Lyth previously spent eight years as Systems Manager at WTS Broadcast. Both join the company with immediate effect.

Ben Murphy, Managing Director of ES Broadcast, said of the appointments: “We are delighted to have secured the services of two such highly regarded broadcast systems architects as Chris and Jonathan.

“They bring with them a track record of delivering a wide range of innovative, cutting-edge systems integration projects to markets around the world. They will be huge assets to ES Broadcast as we look to further expand our systems integration capabilities as part of our complete service offering to the broadcast and live production industry.”

In a career spanning 17 years in broadcast systems, Lyth has a proven pedigree of designing and delivering innovative systems integration projects, including more than 200 OB/SNG vehicles, and a similar number of fixed installations, from studios and post production suites to play-out and MCR/TX facilities.

Of joining ES Broadcast, Lyth said: “With the industry moving towards UHD, IP and remote production technologies, ES Broadcast is fully committed to helping more clients embrace these challenges, and I am excited to join Chris in leading the company’s SI division into this new era in broadcast and live production.”

Williams, meanwhile, has worked as a freelance systems designer and engineer, project manager and SI consultant for over 20 years, specialising in control system implementation and design. His appointment as Projects Director continues a relationship with ES Broadcast that has seen him deliver several large-scale SI builds for the company.

“Having worked with ES Broadcast on a number of projects over the last 18 months, I am very happy to be joining the senior management team,” said Williams. “I look forward to helping the company continue to deliver first-class systems integration services and to further develop into a market-leading provider of innovative, end-to-end broadcast solutions.”