An Endangered Eagle’s Perspective of London

.
Following on from FREEDOM’s incredible view of Paris, this time a never-seen-before perspective of London's skyline has been captured. A Sony HDR-AZ1VR Action Cam was safely fastened to the Eagle’s back as they flew from the Golden Gallery of St Paul's Cathedral, the balcony of City Hall towards Tower Bridge, Greenwich Observatory and the peak of the ArcelorMittal Orbit in the Olympic Park.

The first film will go live on Wednesday 19th November at 16.00 CET on the Action Cam YouTube Channel

The film aims to raise the important issue of conservation and humankind's responsibility to care for endangered species. People often feel disconnected from nature whilst living in urban environments, and forget the impact their lives can have on the world outside. This message is explored further in the major international art exhibition Here Today… opening in London on the 25th November – 17th December 2014, at the Old Sorting Office on New Oxford Street. 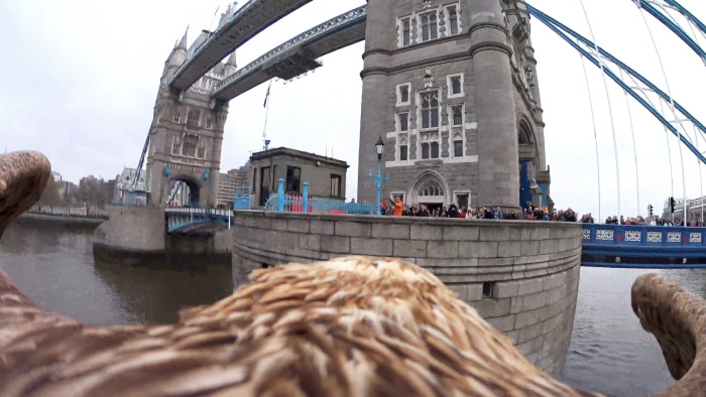 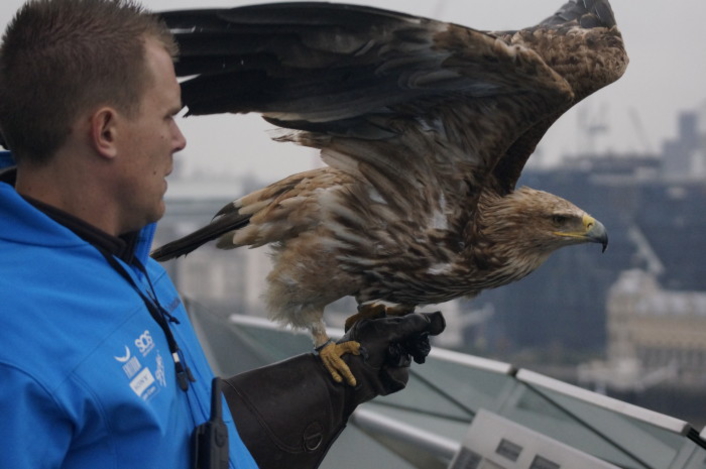 Freedom used two Eagles in the creation of the London film, an Imperial Eagle and a White Tailed Eagle, both of which are listed as endangered species on the IUCN Red List. Jacques-Oliver Travers of FREEDOM introduces endangered Eagles into the wild by teaching them how to live and hunt. Passionate about birds of prey and convinced that a bird that grew up in captivity can be released in the wild, Jacques-Olivier is a man who teaches eagles how to fly. His method, one of the most original, is to train eagles like athletes and teach them how to fly and to fish by paragliding, kayaking or skiing with them. This increases the chances of their survival dramatically, and the growing numbers of White Tailed Eagles from the brink of extinction is evidence of this. 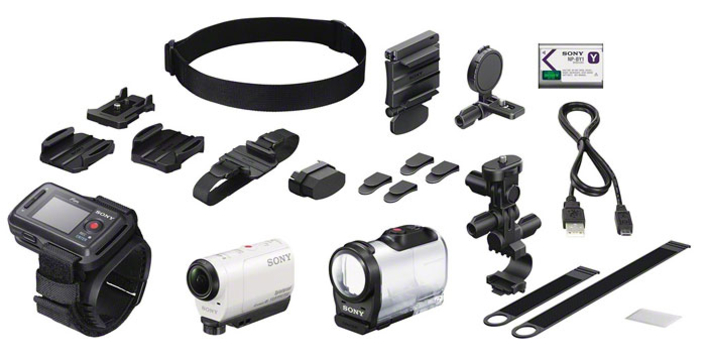 Sony Corporation is a leading manufacturer of audio, video, game, communications, key device and information technology products for the consumer and professional markets. With its music, pictures, computer entertainment and online businesses, Sony is uniquely positioned to be the leading electronics and entertainment company in the world.  Sony recorded consolidated annual sales of approximately $75 billion for the fiscal year ended March 31, 2014.