Elation Lighting for California’s Hard Day of the Dead Fest 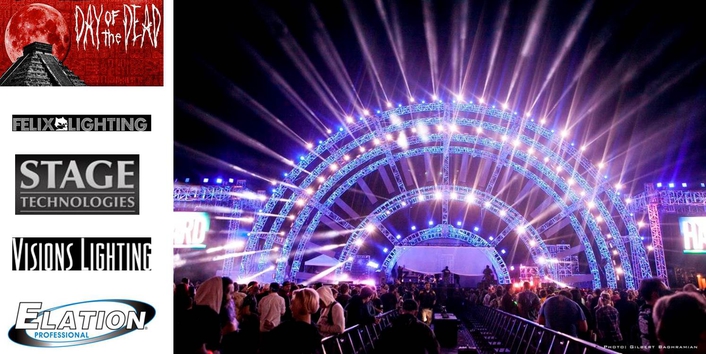 One way to keep the Halloween spooks away is to keep the lights on and that’s what they did at Hard Day of the Dead Fest in Pomona, California, using an Elation lighting rig of Platinum Beam 5R’s, LED moving heads, Par lights, and Elation LED video displays. Held on November 1st and 2nd at the Fairplex, Elation dealers Stage Technology, Felix Lighting and Visions Lighting delivered a large Elation package for Southern California’s ultimate Halloween DJ and dance event.

Hard Stage
The festival’s Hard Main Stage incorporated an iconic Mayan Pyramid design that was conceived by designer Charley Guest of Stage Tech of Santa Fe Springs, California, their fifth year doing the event. The scaffold structure was 210' wide and 70' tall and was accentuated by using two Elation video products throughout the structure's facia. The Hard Stage setup featured Elation EPV 375 HO LED panels that were specified, says Charley, “for their unmatched brightness in a low res product as well as their ease of use while rigging.” The EPV panels have a 37.5mm pixel pitch and were hung in horizontal lines so they had to be individually hung via lift on the scaffold facia. “The IP65 rating of the panels was a factor as well as we saw some rain on the Friday night before the show,” Charley states. Elation EVLED 20IP video panels were also used in the design. 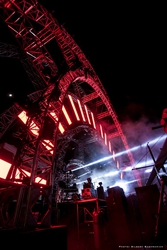 All other elements of the Hard Stage were designed by Brian Karol of Felix Lighting with programming by Felix’s David Dibb. Felix Lighting has been designing the lighting on the main stage and DOTD site since 2012. “We used 28 Platinum Beam 5R’s on this year’s Hard Stage,” said Felix Lighting’s Brian Karol. “Eighteen of them were exposed through the rain storm and they held up like champs.”

The Pink Stage featured a double pyramid towering over a DJ booth that Visions lined with 36 Platinum Beam Extremes. “The Platinum Beam Extremes were chosen for their ability to throw a long distance and hold up in an extreme environment,” Todd commented. “The night before the event we received an inch of rain and we bagged all the fixtures but they still got pretty wet. But we didn’t lose any fixtures. They worked 100% for the show without having to swap any.” Ricardo Rojas served as LD for the Pink Stage with Shaun Grout as Master Electrician. Antari foggers and hazers were also included in the setup for the mid-air haze canopy and fog effects. 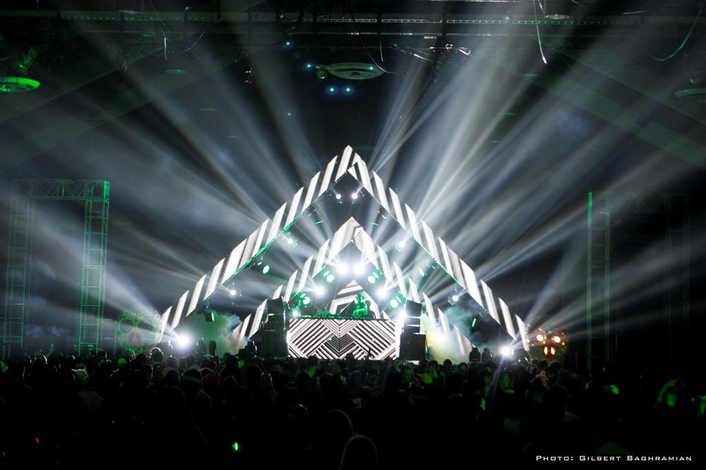